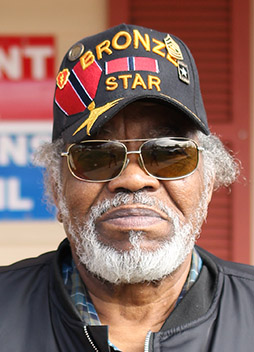 Piedmont Area Veterans Council (PAVC) Board Member, Douglas Randolph was recently nominated and selected as one of the winners for the prestigious Bob Woodruff Stand Up for Heroes Event.

Stand Up For Heroes is a night of hope, healing, and laughter, honoring our nation’s injured veterans and their families.

The 2022 Stand Up For Heroes will be Monday, Nov. 7 at the legendary David Geffen Hall at the Lincoln Center in New York City.

The Hall has completed a comprehensive makeover, and this event will be one of the first in the completely remodeled event space.

Randolph will receive two complimentary tickets to attend the Stand Up For Heroes event as an honored guest, sitting in the front row.Also, he will be provided a two-night stay in New York City near the Hall.

Stand Up for Heroes launched in 2007 as the brainchild of Bob and Lee Woodruff and New York Comedy Festival founders Caroline Hirsch and Andrew Fox, and is one of New York’s most anticipated nights of hope, healing and laughter, honoring our nation’s injured veterans and their families. Since then, the event has raised more than $65 million to create long-lasting, positive outcomes for our nation’s injured veterans, service members and their families.

PAVC serves to assist active duty service members, veterans and their dependents/caregivers who reside in the Counties of Appomattox, Amelia, Buckingham, Charlotte, Cumberland, Lunenburg, Nottoway and Prince Edward in the State of Virginia. We serve as a community partner by connecting veterans to services and resources they made need either at our site or to local, state. federal and National Resources.