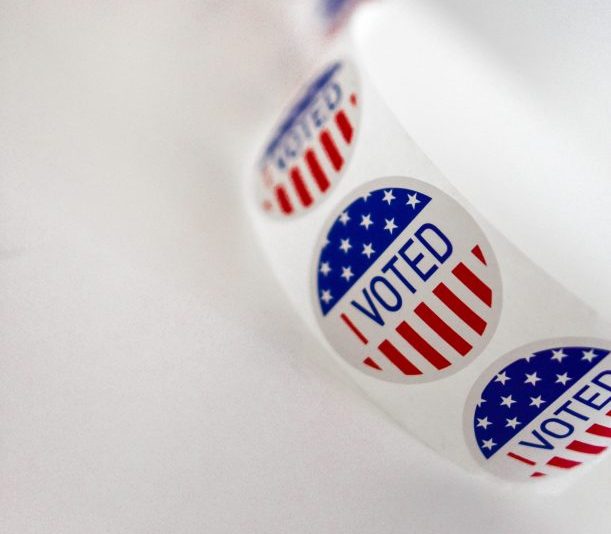 Early voting for the November election will begin on Sept. 23 and this year in Charlotte County, voters in the towns of Charlotte Court House, Keysville and Drakes Branch will be voting for mayor and town council members.

Who’s on the ballot in Charlotte County?

In the Town of Charlotte Court House, David C. Watkins Jr. is seeking reelection as mayor. In Keysville, the position of mayor is sought by two individuals.  Current Mayor Steven L. Morris wants another term and he’s being challenged by Karen A. Martin.

In Drakes Branch, Current Vice Mayor Phillip D. Jackson is on the ballot for mayor as current longtime Mayor Denise Pridgen is not seeking reelection.

In addition to electing mayors, voters in the towns will choose council members to represent them.

Early voting is limited to one location in each county. In Charlotte County, that means going to the registrar’s office, located at 420 Thomas Jefferson Highway, in Charlotte Court House. Starting on Sept. 23, citizens will be able to vote at the location from 8:30 a.m. to 4:30 p.m. Monday through Friday. This continues up until Nov. 4, the Friday before the general election.

What should I bring for early voting?

To vote early, you will need to do a few things. First, you’ll need to provide your name and address. Second, you have to show an ID. Acceptable IDs include a driver’s license, DMV-issued ID card, an employee ID card with a photo, US Military ID, or government-issued ID card. You can also use a recent utility bill, bank statement, government check, or paycheck containing your name and address.

If you haven’t registered to vote yet, there’s still time. The deadline to register and vote in this November’s election is Tuesday, Oct. 12.

That Oct. 12 deadline also goes for people who just moved. Regardless of where you moved from, be it out of state or just the county next door, you must get your registration updated by Oct. 12. You can do that at your local registrar’s office, which can be found by clicking here.

Does Charlotte County have absentee ballots?

If you can’t make it over to vote early in person, there’s also an absentee option. You can request an absentee ballot from your local registrar, then fill it out and return it via mail or in-person drop-off.

A witness signature is required on all mail-in ballots cast in this year’s election. If a ballot is missing that signature or any other required information, the voter will be contacted by their local elections office and asked to correct it. The ballot must be corrected by noon on Monday, Nov. 14 in order to be counted.

Where do I vote in November?

If residents choose to go to the polls in November rather than cast a ballot early, some voters will now go to a different precinct following redistricting.

District boundaries for federal, state and local offices are redrawn every 10 years following the census. The 2022 election is the first November general election for which the new districts resulting from the 2020 census will be in effect.

“Districts and polling locations have changed for some voters as part of the redistricting process following the 2020 Census,” Virginia Department of Elections Commissioner Susan Beals said. “We encourage every voter to check their polling location on their voter notice.”

According to the Virginia Department of Elections, voters will receive notices in the mail regarding their polling locations for the Nov. 8 general election beginning this week.

All registered Virginia voters will receive a notification containing their district information and polling location regardless of whether any changes were made.

Separate polling locations for town elections will not be listed because town elections have been moved from May to November and will be held on Nov. 8.

Voters can also find their district and polling location information on the Virginia Department of Elections website by clicking here.