Towery and Francisco lead the way for Randolph-Henry 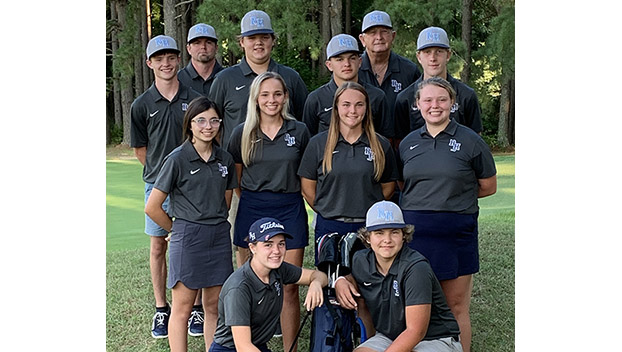 Undefeated. After one month of play, it’s something the Randolph-Henry golf team has gotten used to hearing when it comes to district games. Undefeated in James River District play at 12-0, the Statesmen have an overall record of 17-1.

That didn’t change as the month came to a close over the last two weeks, with the team dominating the competition. On Tuesday, Aug. 23, the group played against Lunenburg and Buckingham at the Briery Country Club in Keysville. The Statesmen picked up the win, with an overall group score of 159. Lunenburg was their closest opponent, sitting 22 points down at 181. Buckingham came in third, scoring a collective 214.

Lindsey Towery led the field, finishing with a 38 on the day. Austin Queensberry was just one behind at 39 and Aiden Bryant tied for third with Liam Hottle, as both shot a 41.

Two days later, the Statesmen traveled to Amelia County, competing at the Amelia Country Club against the home team and Nottoway County. Once again, Randolph-Henry maintained a strong lead, finishing with a team score of 164. Nottoway was second with 181 and Amelia County finished third with 241.

This time, it was Brandon Francisco leading the way for Randolph-Henry. Francisco shot a 38 on the day, followed by Towery’s 41. Queensberry was right behind, with a score of 42, while Danner Allen finished right behind him with a 43.

On Aug. 30, the team added to their win total at the Crewe Country Club. They beat Amelia County 70 to 107 and Nottoway County in a much closer contest, 70 to 75.

Up next, the team goes back to the Amelia Country Club for a competition on Thursday, Sept. 1. They’ll play against the home team and Prince Edward County.