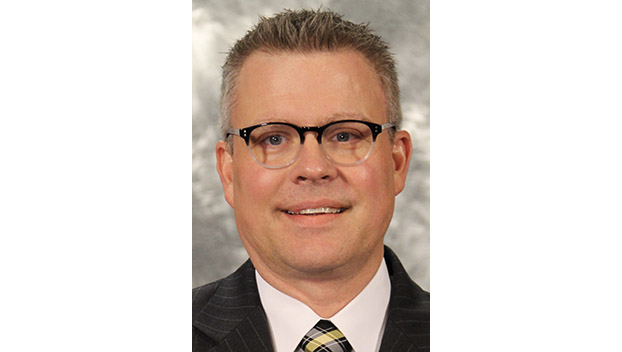 Like much of America, Tim Hall watched with admiration as Longwood made its unprecedented March Madness run last spring in men’s and women’s basketball, shining a national spotlight on a historic university with a distinctive mission and its college town.

When a chance to lead Longwood’s ascendant athletics program opened up, Hall decided right away it was something he wanted to be a part of.

On Friday, Aug. 12, President W. Taylor Reveley IV named the veteran leader with 15 years of experience at the helm of Division I programs to be the next athletics director at Longwood, a member of the Big South Conference.

A BIT OF TIM HALL’S BACKGROUND

Hall comes to Longwood from Southern Illinois University Edwardsville (SIUE) of the Ohio Valley Conference, where he has served as AD since 2019. Previously, he was AD at the University of Maryland-Baltimore County (UMBC), which during his tenure opened a $90-million arena and made history in 2018 as the first 16-seed ever to beat a #1 seed in the NCAA Men’s Basketball Tournament, defeating the University of Virginia 74-54.

“Tim Hall is a leader who is known and respected across the NCAA, with deep experience in every aspect of leading a modern Division I athletics department – from compliance to driving revenue to serving as a great ambassador to the campus and local community at each step in his career,” Reveley said. “But most importantly, it became clear as we spoke that he has made his career in college athletics for all the right reasons. He is a passionate champion for student-athlete success on the court and field, and in preparation for life. Longwood is the kind of community where he will both thrive and take us to new heights. He is eager to come to Farmville and we are excited to welcome him.”

“I am humbled and honored to serve Longwood and all of its constituents as the next Director of Athletics,” Hall said. “The university is on a strong, upward trajectory – Lancer athletics included. I look forward to working side-by-side with all to continue to advance the reputation, efficiency and impact of Longwood Athletics.”

“Tim Hall is a well-respected administrator and passionate educator, and will be a tremendous leader at the helm of Longwood athletics,” said Atlantic Coast Conference Commissioner Jim Phillips. “Having known Tim since our days in the Mid-American Conference, he’s a champion for student-athletes and will be unwavering as it relates to their welfare and experience. Tim also brings a reputation for hiring successful coaches and will be engaged in providing Lancer Athletics with his full support. Congratulations to Longwood on this terrific hire.”

At SIUE, Hall worked closely with partners across the university including the cabinet and Faculty Athletics Representative, helped more than double athletics annual giving, and oversaw an Athletics Graduation Success Rate (GSR) that rose to 34th nationally among all Division I public universities.

At UMBC from 2013-2019, Hall oversaw a department that seized the spotlight with its historic NCAA men’s basketball win over Virginia, but also had success across the board in the America East Conference, capturing 11 conference titles and four second-place finishes, all at a program that won just six league titles in the 15 years prior to his arrival. The department also recorded its three best departmental GPAs over consecutive years, rising from 3.1 from 3.5.

“I am thrilled Tim Hall is joining Longwood University as our new Director of Athletics,” said Longwood men’s basketball Coach Griff Aldrich. “I got to know Tim during his time at UMBC, where his leadership was instrumental in our historic run during the 2018 NCAA Tournament. What impresses me most is his relational leadership style, and his focus on promoting the well-being of student athletes while helping athletic departments and universities achieve new heights. He’ll be a great addition to our community, and I look forward to watching him positively impact Longwood athletics and our broader university.”

A HISTORY IN THE NCAA

From 2007 to 2013 Hall served as AD at the University of Missouri Kansas City, and throughout his career has served extensively in conference and NCAA roles. He has served as chair of the Joint Council of Athletics Directors for the Ohio Valley Conference, America East Conference and Summit League. In 2011 he was appointed as a member, and later chair, of the NCAA Committee on Women’s Athletics. Next month he begins a four-year term as a member of the NCAA’s Division I Softball Committee.

Other service includes the St. Louis Sports Commission, the Southwest Illinois Leadership and Economic Development Council, and the WeCoach Board of Directors. He is a graduate of the University of Toledo and holds a Master’s in Sports Administration from Kent State University.

“Our fantastic student-athletes and their comprehensive success will continue to be our collective focus,” Hall said. “Also, it is clear to me that the Farmville community and the university share a special and unique relationship. Integrating myself into the life of the broader community will be a high priority.”

A BIT ABOUT LONGWOOD

Hall will succeed Michelle Meadows, who in June was named VP for Operations and COO of the National Junior College Athletic Association after 17 years at Longwood and four as athletics director.

Lancer athletics is coming off its most successful across-the-board year in university history. In addition to its first two NCAA Division I Basketball Tournament appearances, the program achieved its best-ever finish of fourth in the Big South’s Sasser Cup standings for overall success. Longwood’s previous best finish had been eighth. The university is also preparing to open the new Joan Perry Brock Convocation Center in the center of campus ahead of the 2023-24 academic year and basketball seasons.

“There is tremendous momentum around Longwood athletics that is lifting up the entire university in a way that has made us all proud,” Reveley said. “We’ve seen what a successful Division I program can do for an institution and a community. I’m thrilled we have found a great leader for the next chapter.”