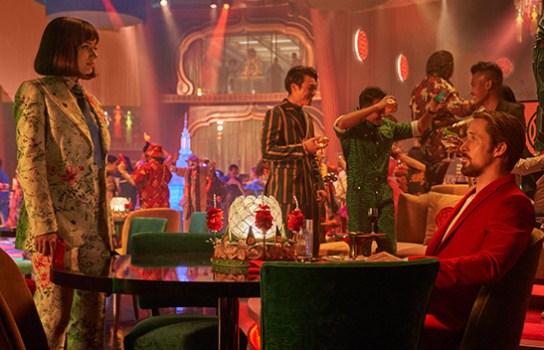 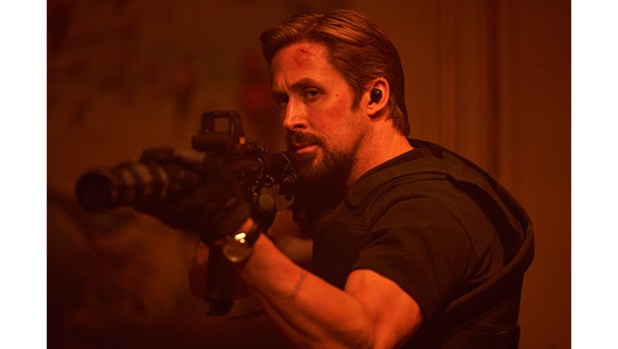 “The Gray Man,” written and directed by the Russo Brothers, is one of Netflix’s largest scale, original films yet. With an all-star cast, high-octane action scenes, and edge of your seat thrills, this is an entertaining summer film that you can see from the comfort of your own home. Admittedly, there are times when the CGI is distractingly shoddy, which is unexpected in an action film of this level and scale. But overall, the film is a welcomed addition to the action genre; I particularly loved the sarcastic, funny character Gosling has perfected over the years and de Armas’s renegade heroine.

The film opens with Court aka Six (Gosling) in prison serving a decades-long sentence. He is approached by CIA operative Fitzroy (Billy Bob Thornton) to join a super secret Suicide Squad-esque program that uses prisoners to conduct some of the agency’s most sensitive missions, acting in the gray zone. These missions involve assassinations and other nefarious activities that the U.S. wants to be able to disavow in case they are ever caught. The movie fast forwards 18 years and Six is now one of the CIA’s most decorated operatives. Only now, he is under the guidance of Carmichael (Regé-Jean Page), and performing more and more potentially problematic missions than ever before, missions with a lot of collateral damage that Six isn’t prepared to risk.

When an operation goes sideways, Six is forced to go on the run and begins distrusting everything he once knew about his colleagues and the job. Of course, Carmichael isn’t going to let him get away that easily, sending Lloyd (Chris Evans), a sociopathic assassin who contracts for the agency, to take Six out once and for all.

The film is at its best when it is focusing on Gosling and de Armas. It’s hard to believe this is Gosling’s first film in four years; his last film was “First Man.” I loved seeing him back in an action film, going toe-to-toe with the “trash-stached” Chris Evans. It almost seems like the role was written for Gosling, who gives the character personality, leaning into the charming, dry humorous dialogue we have come to know and love. His character also has a stoic rage boiling underneath the surface, which unleashes in the chaotic fight scenes and reminds me of his character in “Drive.” Ana De Armas has been one of my favorite new action heroines since her splashy debut in the latest James Bond film, “No Time To Die.” And she is just as good in this movie. She and Gosling have chemistry for days, and I love the running joke that she is the one who constantly is saving him. I wish she was in the movie even more than she is because she elevated every scene.

Evans looked like he was having the time of his life playing against the typical good guy we have come to associate him with. His character is a sociopathic baddie, who isn’t afraid to kill anyone who gets in his way, including children, and I totally believed it (I promise it wasn’t just because of the mustache). Dhanush was also one of my favorite parts of the film, bringing a measured realism to the incredible fight scenes. When he showed up, you knew things were going to heat up… fast.

I was surprised that Regé-Jean Page, who left his starring role in “Bridgerton” to pursue films, had such a limited role in “The Gray Man.” His scenes were some of the film’s weakest and I think he was miscast in the role. I never really bought him as a super evil villain, nor understood his character’s motivations. The dialogue also drifted dangerously into cheesy villain territory, which I guess is more a reflection of the script than him.

Don’t get me wrong, the action scenes in “The Gray Man” are thrilling. There are several cool set pieces, including Gosling and de Armas ripping through a bunch of baddies in the film’s opening scene. I also love that it broke the fourth wall on several occasions, including Evans questioning why his goons are having such a hard time killing “the man handcuffed to a bench” and the fact he called Gosling a “Ken doll”; I wonder if that was in the script before or after Gosling took the role as Ken in the upcoming “Barbie” film. Still, some of the visual effects appear underdeveloped for this level of action film and a fast moving camera made the fight scenes, at times, hard to discern.

“The Gray Man” doesn’t do anything new for the action genre, but it is a fun film that is going to make for an entertaining view from the comfort of your sofa. And it wouldn’t surprise me if we see more films from this franchise coming down the pike.