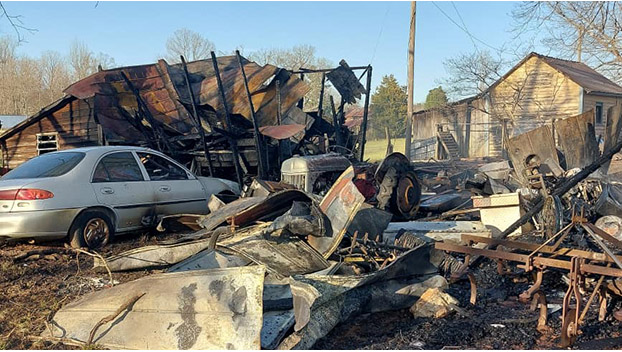 Several fire companies responded to a shed fire on Monday, March 21 at approximately 4:15 p.m. located on Able Road. Companies arrived on the scene to find several outbuildings, a car, several pieces of equipment and about 3/4 of an acre of grass burning. Firefighters stayed on the scene for several hours putting out hotspots after the fire was extinguished. Bacon District, Drakes Branch and Keysville Volunteer Fire Departments all responded to the scene.