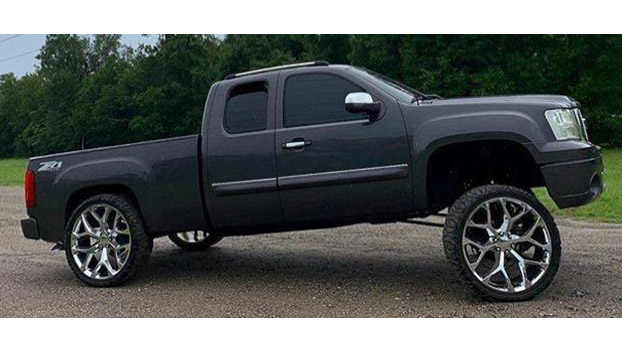 “Carolina Squat” in which trucks and SUVs are raised in the front are now illegal on Virginia roadways and can be towed away on the spot.

Under the new law, a truck or car driven on the roadway raised four or more inches higher in the front than the back will be considered a traffic violation, and the vehicle can be towed away on the spot.

The popular modified “Carolina Squat” in which trucks and SUVs are raised in the front has been blamed for several motor vehicle deaths in the past two years. Most recently, the death of a 27-year-old Mecklenburg County man.

Authorities believe that Jody “B.J.” Upton Jr was killed after his vehicle was struck by a ‘Carolina Squat’ truck on February 16.

The 2016 Chevy pickup driven by Anthony Newcomb, 19 crossed into the centerline of Skipwith Road near Wootton Road in the Skipwith area of Mecklenburg County.

Authorities say the driver of the truck might not have been able to see over a hill when he crashed into Upton’s vehicle.

Wright, who represents Mecklenburg County and co-signed the bill, said the trucks are dangerous.

On Monday, during the Youngkin’s signing of Bill 777, the Upton family was present.

“I’m honored today to be here with BJ’s family, the public servants who acted quickly to move legislation to my desk to address the problem, and the law enforcement heroes who will enforce this new law and keep our roads and highways safer,” said Governor Glenn Youngkin. “Nothing can bring BJ back, but with faith, time and love, we can begin to heal from the pain of losing him. But the spirit of Virginia is strong, and when Virginians see a problem, they come together and act.”

According to a release, SB 777 bans “Carolina squat” style modifications on Virginia highways by further specifying that, within the absolute minimum and maximum height ranges, the height of the front bumper is to be no more than four inches greater than the height of the rear bumper.

“The suspension modifications change the function and handling of the vehicles,” the release stated. If the vehicle’s front end is higher than the rear end, the headlights are pointed towards the sky instead of illuminating the road ahead. The truck being angled compromises the driver’s view and alters the dispersion of mechanical force in the event of a collision.”

Citizens to have voice on fate of monument