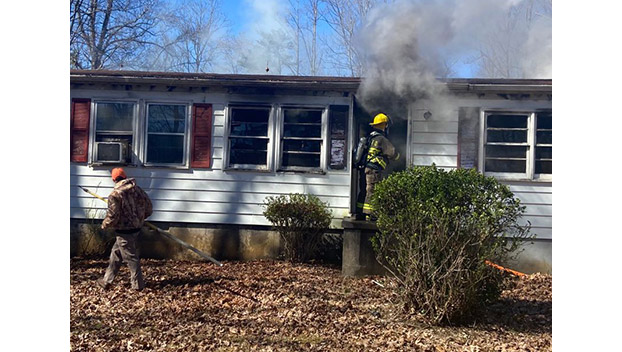 Firefighters work to extinguish a fire on Sunday, March 13.

The American Red Cross is helping a family that has been displaced following a house fire on Sunday, March 13.

According to Phenix Volunteer Fire Department Chief Walt Bailey the fire started in a bedroom area of the home located at 4788 Patrick Henry Highway around 5 p.m.

“We are not 100% sure of the cause of the fire but the homeowners said they were having issues with wires in the home.” Bailey said.

In addition to the Phenix Volunteer Fire Department, firefighters from Charlotte Court House and Cullen responded to the scene along with the Charlotte County Rescue Squad.

Coffee with a smile