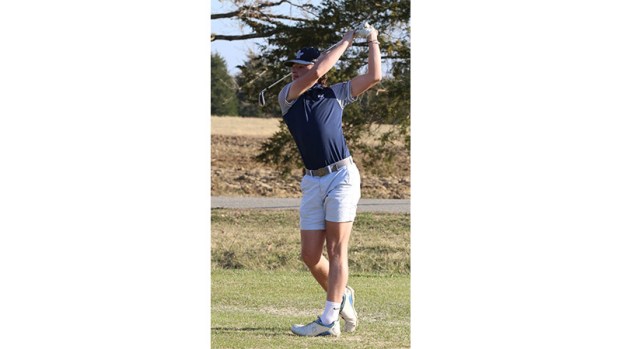 Randolph-Henry High School senior Brenden Francisco tracks his shot during a recent golf match for the Statesmen at the Farmville Municipal Golf Course. He led his team individually in its victories on March 17 and 22. (Photo by Titus Mohler)

The varsity golf team for Randolph-Henry High School (R-H) went 3-0 across two recent matches to push its overall record this season to 8-1 heading into its Tuesday, March 23, match in Farmville.

Leading the way for R-H was senior Brenden Francisco, who shot a nine-hole 37. Sophomore Lindsey Towery shot a 41, senior Jordan Colbert produced a 42, and senior Caleb Shook shot a 43.

“We are hoping for a strong finish to the not-so-regular golf season this year,” Pyle said. “We will finish our regular season on March 25th at Amelia Country Club.”

He noted the James River District Tournament will be held Wednesday, March 31, at Briery Country Club.

Winning start on the links for R-H