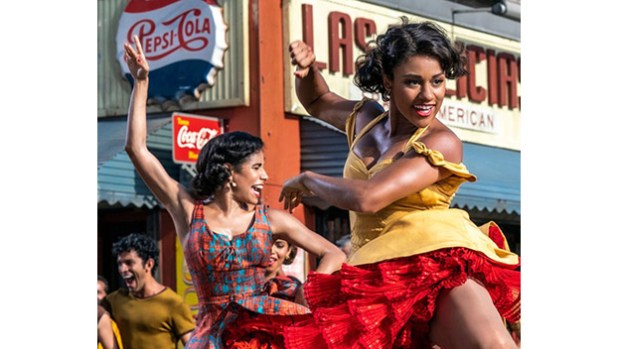 Ariana DeBose in West Side Story. 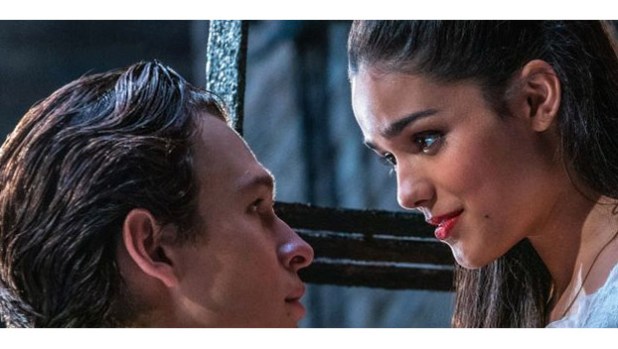 When is a remake better than the original? Almost never. So the fact that Steven Spielberg has improved on a musical classic like West Side Story is absolutely remarkable and a testament to the fact that he is the greatest filmmaker of all time. I mean, what film genre can this man not conquer? If this had been the interpretation of West Side Story I had seen as a kid, perhaps I would have been as obsessed with this story as I was my favorite movie of all time, The Sound of Music.

I do not think I need to give a rundown of West Side Story’s plot, but just in case, here is a quick refresher. Based on the classic tale of Romeo and Juliet, West Side Story follows two rival gangs in 1950s New York City, the white Jets, led by Riff (Mike Faist), and the Puerto Rican Sharks, led by Bernardo (David Alvarez). Each group is vying for control of territory in their small area of Manhattan. And things only escalate when Tony (Ansel Elgort), the previous leader of the Jets, returns to the area after spending time in jail for assault. At a school dance, Tony and Maria (Rachel Zegler), Bernardo’s sister, begin to fall in love, which only intensifies the fury amongst the two groups, neither of whom want their loved one associated with “the other”. But will love win out in the end?

I am admittedly a bit of a remake purist… meaning I do not want there to be such significant changes from the original that it becomes a completely different film or changes some of my favorite parts. :Ahem: I’m looking at you Moulin Rouge on Broadway. Spielberg expertly breathes new life into the story, while maintaining the core elements of the original. Not only did he improve on the casting by hiring Hispanic actors to play Maria, Anita, and the Sharks, but the movie is filmed differently than the majority of other musicals. Instead of making us feel like audience members, Spielberg’s camera, with that beautiful fluidity he is known for, instead makes the audience feel like we are dancing right alongside the actors. And not only that, he pays homage to the original 1961 film on several occasions, particularly building the heart of the film around Rita Moreno’s reimagine role as Valentina and having her character sing arguably the best song, “Somewhere”.

When I tell you the talent in this film is next level, I mean it. The music is my favorite from any version of the show, both in the orchestrations and in the performances from each actor. So much so, that I have a new favorite song from the show. Previously it had always been a toss-up between “Somewhere” and “Tonight,” but now my Spotify is smoking from the number of times I have listened to “A Boy Like That/I Have a Love.” Again, I am not someone who changes favorite songs in musicals frequently, so the fact that I found a new favorite from this version of West Side Story speaks volumes to the amazing talent of Rachel Zegler and Ariana DeBose (Anita), but also to Spielberg’s fresh interpretation of the story.

Each member of the cast brings something special, and in the big numbers I found myself in absolute awe. The dance scenes alone were some of the best I have seen on screen (think the gym scene from Grease on steroids and with everyone actually being able to dance). But then you add Rachel Zegler’s angelic voice and Ariana DeBose’s scene-stealing, well, everything (dancing, singing, fussing at Bernardo) and the film is taken to the next level. Just as Rita Moreno did in the 1961 version, DeBose knocks it out of the part as Anita and easily gives the performance everyone will be talking about when they first walk out of the theater… and will remember in the years to come.

Bottom line, Spielberg’s West Side Story does not feel like a money-grabbing remake, but instead a love letter that acknowledges the story’s problems, particularly as a prism to the world we live in today, while celebrating one of the best musicals of all time. Definitely try to see this beautifully shot film on the big screen so you can enjoy being part of the action and hearing these magnificent songs as loud as humanly possible.