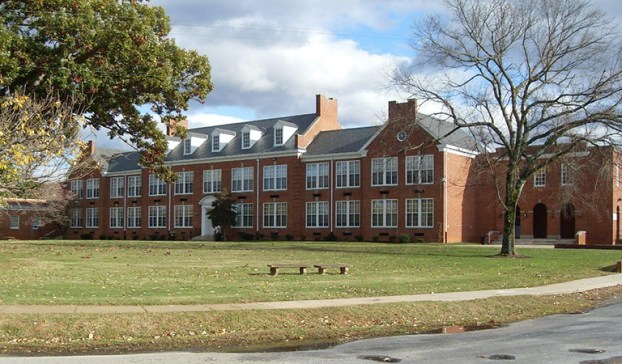 Randolph-Henry High School constructed 80 years ago is one of the county’s schools that is in desperate need of repairs.

In less than a week, Charlotte County voters will determine the fate of a 1% sale tax designed to provide funding for much needed renovations and repairs of the county’s schools.

Randolph-Henry High School (RHHS) is one of the county’s schools that officials say is in desperate need of repairs.

“With RHHS being 80 years old, there are many repairs and renovations that need to be completed,” Charlotte County School Superintendent Robbie Mason said. “Most of the items at RHHS involve HVAC, plumbing, and window repairs/upgrades.”

According to Mason, Central Middle School, which is 24 years old, is also in need of repairs.

“We have a chiller that heats/cools CMS. That chiller alone would likely cost over $200,000 to replace,” he said. “There is a desperate need for school renovations. A 1-cent on the dollar increase in the sales tax would provide the school board with guaranteed funds annually to repair and renovate areas of need within our schools, especially our older schools like RHHS.”

Mason said the school board could be more proactive about addressing issues rather than waiting until an issue becomes an emergency, which is often far more expensive to repair or replace if they know funds are available.

“Items like replacing plumbing infrastructure, lighting, and roofs at our schools are quickly becoming a necessity; however, without a budget, these items will continue to deteriorate until they cannot be patched any longer,” Mason said.

RHHS Principal Erin Davis said that in addition to the needed upgrades to the school HVAC systems, the annex building has sustained significant termite and water damage over the years and needs major renovations.

“Our basement level rooms are prone to flooding, which has also resulted in water damage over the years.” Davis said. “There is upkeep associated with any building, but when you are responsible for a historic campus such as this one, we must be careful not to put off repairs and renovations too long. The students of Charlotte County deserve an education in a high-quality learning environment free from termite and water damage and one that can be properly climate controlled.”

Currently, Bacon and Phenix Elementary school are undergoing renovations. Mason said the funds gained from the additional sales tax would be used for projects outside of the scope of work contained at Bacon and Phenix.

If approved, the tax would be placed on beer, wine, cigarettes, and prepared foods and has the potential to generate an additional $300,000 annually. Medicine and food off the shelf would not be taxed. This tax would be a user tax. Meaning this would not affect only those living in the county but those who are traveling through the county and stop and to make purchases would pay the additional tax as well.

The Charlotte County Board of Supervisors supported moving this 1% sales tax increase to the Nov. 3 ballot in an effort to keep from raising real estate and person property taxes.

According to County Administrator Dan Witt, the 1% tax would go away once the debt service is paid off or once the projects are completed.

Due to a rise in COVID-19 cases in the county in just a two-week period, the Charlotte County School Board... read more