Public school student-athletes from all sports in the area will have the opportunity to play for a state championship during the 2020-21 school year.

This vote comes during a calendar year in which every sport was either canceled, postponed or otherwise impacted by the COVID-19 pandemic. 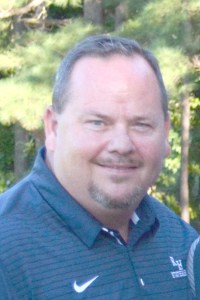 Following is a summary of the “Championships + 1” Condensed Interscholastic Plan:

For fall sports, the adopted calendar lists football in spring 2021 as featuring a six-game regular season. The first practice is allowed Feb. 4, and the first game is allowed Feb. 22 (it is March 1 for all other fall sports). Regional tournament periods will start April 7 with a completion deadline of April 17. The VHSL state semifinals will take place April 24, with the state championship games following on May 1.

To see the full “Championships + 1” schedule and details, visit www.vhsl.com.

“I’m thankful that all of our sports and all of our activities, it appears, are going to occur and that students will be able to get back to doing those things that they’re passionate about outside of just the academic piece,” Randolph-Henry High School Director of Athletics and Assistant Principal Christopher Holt said.

He noted he is excited Statesmen student-athletes are going to get to compete, potentially make regional tournaments and that state champions will be awarded.

“I know it’s a shortened version of what we usually see in seasons, but at this point, I think just seeing kids play again is going to be the joy in all of this and not so much what the end result is,” he said.

Holt said he thought the “Championships + 1” schedule was more than just the best option given the circumstances.