The county is currently working with U.S. Cellular to address concerns about loss of cell phone coverage in the county.

County officials announced last week they are seeking information from citizens as to where the loss coverage may be located. 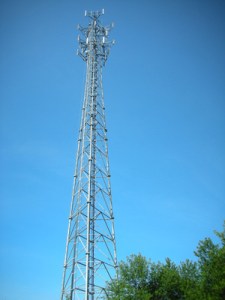 U.S. Cellular has multiple towers throughout the county and is currently looking into concerns about loss of cell phone service in the county.

According to County Administrator Dan Witt, the county has not received answers from U.S. Cellular as to why there has been a loss of cell service throughout the county.

“They’ve requested specific locations for these occurrences, which staff is gathering in hopes of getting answers and resolving the problem,” Witt said.

Witt further said he did not know the number of citizens who used U.S. Cellular as their provider. Still, his understanding is the company is the most reliable carrier within the county.

“We have upgraded several cell sites in Charlotte County over the past two months with 5G technology as we expand our 5G network to this area. As part of this work, we had to temporarily take these sites offline to ensure the safety of our associates and vendors doing the upgrades,” Frey said. “During the brief time when the sites were offline, residents may have experienced intermittent issues with their wireless service.”

Frey said that in addition to 5G upgrades U.S. Cellular has recently added two new cell sites in the county – one at the Charlotte Courthouse and one along Thomas Jefferson Highway – to improve overall service in the area.

Drakes Branch resident and town council member Noah Davis said he has been using U.S. Cellular for the past 10 years and has frequent drop calls.

“The service is not existent on Hwy 59 towards Keysville,” Davis said.

In Saxe, Joy Saunders said when she first become a customer with U.S. Cellular six years ago, service was good, but over the past year, it has deteriorated.

“In the last year, it’s been terrible, and it used to be great,” Saunders said. “I could talk anywhere in the house or outside. Now I’m lucky if I have any service in the house at all.”

Member Larry Newcomb said the lower end of the county in Red Oak has poor service with even no service or dropped calls when traveling Highway 360.

“The last two-weeks, phones showed a good signal, but calls dropped, and there was no data,” Newcomb said. “We had a hard time using phone GPS for a patient address on a rescue call. Newcomb said first responders are also unable to call the hospital when traveling on Highway 15 between Keysville and Farmville.

If you can know of a specific area where U.S. Cellular service has diminished recently or is no longer available, please e-mail publiccomments@charlottecountyva.gov or call the County Administration Office at (434) 542-5117.

Beginning business in a pandemic

For most small businesses, the first year of operation is already packed with trials and tribulations. For a business having... read more