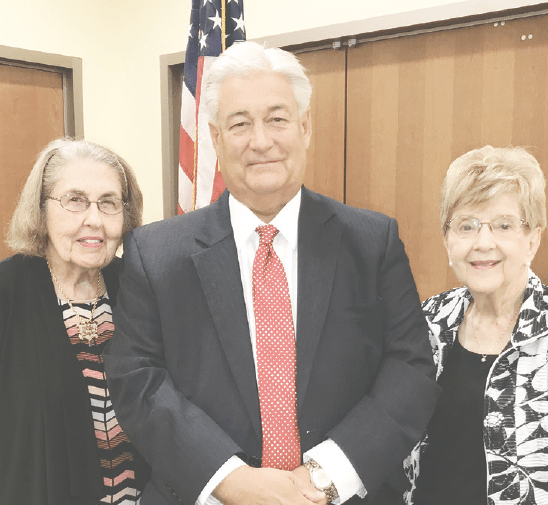 The Judith Randolph-Longwood Chapter of the National Society of Daughters of the American Revolution (DAR) commemorated Constitution Week with guest speaker The Honorable Donald C. Blessing. Blessing is a member of the 10th Judicial Circuit Court presiding primarily in Buckingham, Cumberland and Prince Edward counties. Judge Blessing offered an in-depth look at the First Amendment to the Constitution of the United States of America. Constitution Week is celebrated annually throughout the United States of America recognizing the ratification of its namesake. The Judith Randolph-Longwood Chapter, NSDAR meets the second Saturday of each month at the Barbara Rose Johns Farmville-Prince Edward County Library. The organization’s mission is to commemorate the founding of the United States of America through programs and activities that memorialize, commemorate and educate the public.