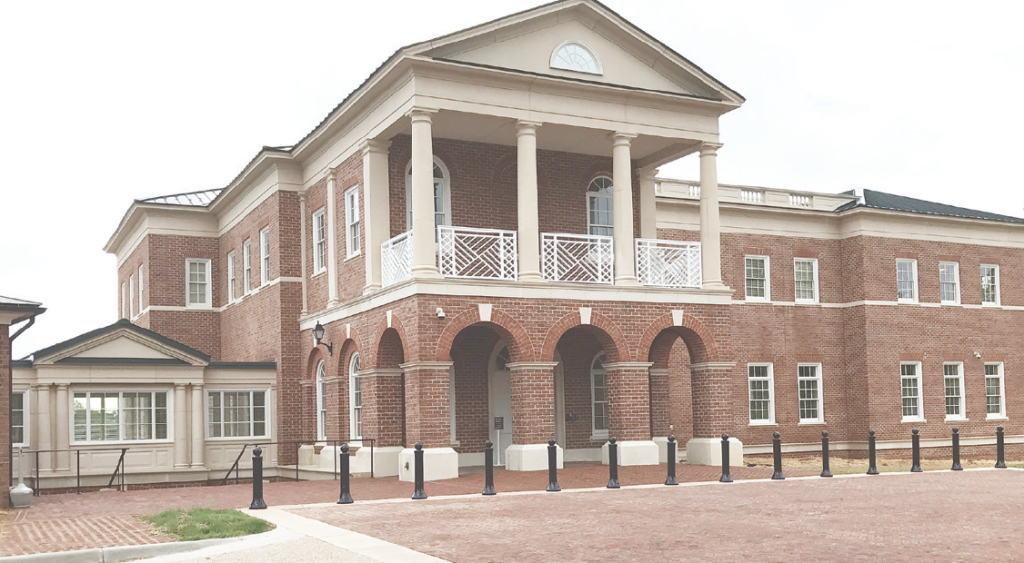 A dedication ceremony for Charlotte County’s new courthouse is set for Sunday at 4 p.m. at 115 David Bruce Avenue in Charlotte Court House.

A brief ribbon cutting ceremony will kick off the event, followed by tours inside the new court facility and a walking tour of the courthouse square.

Additionally, an invitation to the event said attendees would have the opportunity to sign the historic guest register and light refreshments would be provided in the old Jefferson Courthouse.

During this time, the old jail museum, APVA and Tucker’s Store, and the Central High Museum would also be open.

“Because this is an historic occasion, and because it will serve us in generations to come, we especially want all ages to attend. Everyone present may also sign a special guest register that will be bound and kept in the County Clerk’s Records Room. Years later, those names can be seen as a testament to you, the citizens who came to dedicate our courthouse for tolerance, justice, freedom and human dignity,” said information provided by Red House/Cullen Supervisor and Courthouse Planning Committee Chair Nancy Carwile.

In order to make room for the Jefferson Plan courthouse, the previous white frame courthouse, which included a red roof and blue trim, was given to local citizens to use as a stable.

The information said the famous debate between Henry and Randolph was held at the red, white and blue courthouse in 1799.

Seventeen years later, the back end of the original Jefferson Courthouse was torn down and the back corners were rebuilt, making room for a jury box.

“Almost 200 years later, we have a 21st century courthouse. We hope it will support our local citizens for another 200 years,” said Carwile’s additional provided information.

Carwile previously said the county appointed a committee consisting of one person from each district to advise the Supervisors in the planning of the dedication ceremony.

Additionally, she said previously “early fall was chosen to avoid hot weather and summer vacations, and to find a date convenient for more people to attend. The Supervisors appointed a good committee and their advice and planning went very well.”