John Woodard, 80, of Keysville in Prince Edward County died peacefully on September 6, 2018, after a brief battle with cancer. Until the very end, John lived a full, vibrant life as a devoted dad, brother, loyal friend and outdoorsman. 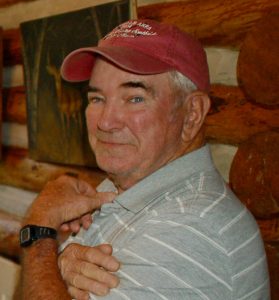 Born in Norfolk County, Virginia, where he grew up, John was the second of seven children. He graduated from Norview High School in Norfolk. John had many talents and a strong entrepreneurial spirit. He served on the Vice Squad at the Norfolk Police Department and served in the United States Army. He also worked as a home builder at his company J.R. Woodard Builder, and operated a second company he founded, Custom Hunts Hunting Preserve, on his Keysville property. For the last 14 years of his life, he worked in Building and Grounds with Hampden-Sydney College and enjoyed being a part of the College community.

John’s work took him outside most of the time and he liked it that way. He appreciated the beauty of the outdoors and frequently walked for miles or took a four-wheeler out on his property to enjoy each season and the changes it brought.

Survivors include his daughter, Elizabeth Hope Woodard; four sisters, Jean Harrell, Joan Nixon (Ronnie), and Joyce Howell, all of Virginia Beach, and Janis Hedgepeth (Van) of Powhatan. He is preceded in death by his parents James Stevenson Woodard and Wealtha Winifred Weller, and his brother Stanley Woodard. John’s legacy will live on through the many people, from the very young to the very old and from all walks of life, who he adopted as his extended family. He was a loyal friend. If he liked you, you knew it and you quickly realized his friendship was an invaluable gift which he freely gave.

A memorial service will be held on Sunday, September 16 at 2 p.m. in Venable Hall’s Parents and Friends Lounge at Hampden-Sydney College in Farmville, Va. Committal of ashes will be private at a later date.