The Charlotte County Sheriff’s Office responded to a call Aug. 11 from the Keysville area which resulted in a deceased male subject being discovered upon arrival. 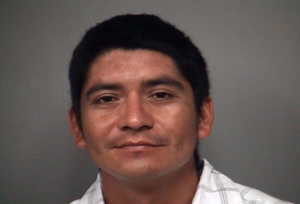 According to a release from the Sheriff’s Office, “When the Sheriff’s Deputies arrived, they found a Hispanic male covered up with a blanket.”

The release said after an investigation and evidence was collected, Mario Lopez-Munoz, 33, originally of Honduras was arrested.

The release said he was currently working and living in the Keysville area.

“Apparently there was an argument between the two men that resulted in the death of Obed Aveneano Ayala” said the release.

Ayala, 27, was described as a Hispanic male who was also working and living in the Keysville area.

Munoz was charged with second degree murder and is currently being held at the Charlotte County Jail without bond, said the release.

fraternity are cycling across the country to raise funds and awareness of those with disabilities. Journey of Hope participants, who... read more