Mr. David Michael West, age 68 of Keysville died on May 29, 2018. He was the son of the late Lloyd West and Louise May Jackson West. He was the husband of Evangelist Margaret Stovall Young West of Keysville. 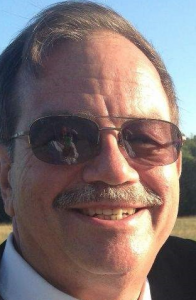 A memorial service was held on Saturday, June 30, 2018 at 11:00 a.m. at Beautiful Plain Baptist Church in Charlotte Court House with interment at Virginia Veterans Cemetery at Amelia in Amelia on a later date.