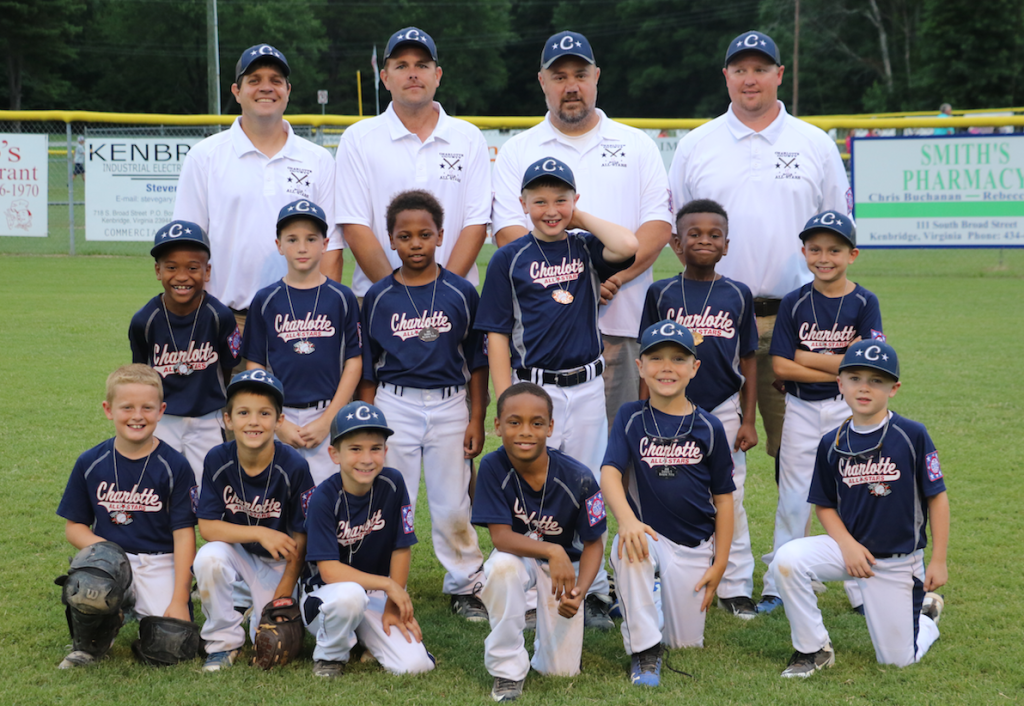 Charlotte County opened its run in the double-elimination district tourney with a 9-7 loss to PEFYA in a game that started Friday night and concluded Saturday afternoon due to inclement weather.

Both Charlotte County and PEFYA experienced two losses by Monday evening, eliminating them from contention for the district title, but since three District 5 teams are being sent to the state tournament this year, the third-place spot in the district tourney became quite important. Charlotte County flipped the script against PEFYA on Tuesday, winning 9-7.

“I wish we’d played like that the whole tournament,” Charlotte County Machine Pitch All-Stars Manager David Evans said of his players. “They came to play ball. We had two fly balls caught in the outfield. Neither one of them were easy. One of them was a diving catch. Lochlan Baker made a diving catch that you’d see on SportsCenter. Carper McCarty behind the plate, he hustled after every ball. I call him Charlie Hustle. … (There was) a passed ball and the runner was coming home and he laid out and scarred his arm up, but (Carper) tagged the kid and held onto the baseball.”

This is the first Charlotte County Machine Pitch All-Star team to go to a state tournament, Evans said. The squad will play the Dinwiddie American All-Stars in the state tourney on July 6 in South Hill.