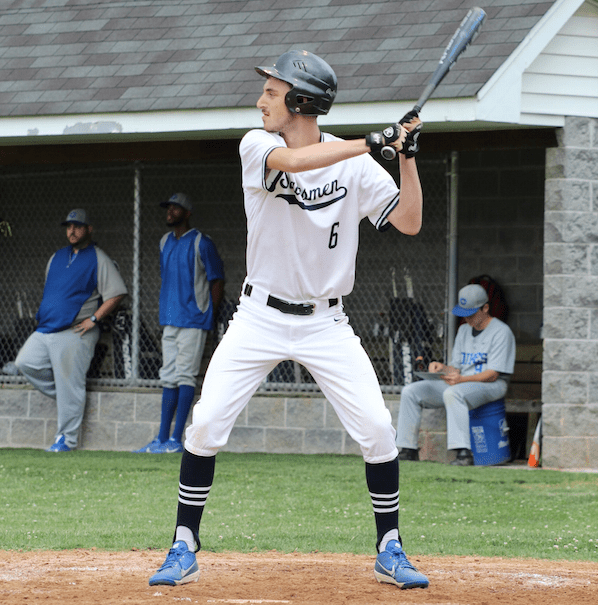 Randolph-Henry High School’s varsity baseball team closed the 2018 regular season with a pair of emphatic wins to head into the postseason with momentum.

In the Region 2A tournament, the Statesmen have a bye Friday and will play Monday at home against the winner of the game featuring Brunswick High School and Greensville County High School. Monday’s game time is yet to be announced.

“The win really wasn’t the highlight of the night,” Statesmen Head Coach Josh Barmoy said Friday. “It was Dalton Barksdale coming up to the plate and being able to hit the ball. That was THE moment last night. Everybody was on their feet cheering, they were screaming. It was just a moment that I’ll never forget.”

Barksdale is a four-year manager for the team who had not played for it before.

“We just thought it was right that he got an opportunity to play, and we felt that he earned his time,” Barmoy said, “and so we gave him a uniform, and he came in and pinch hit …”