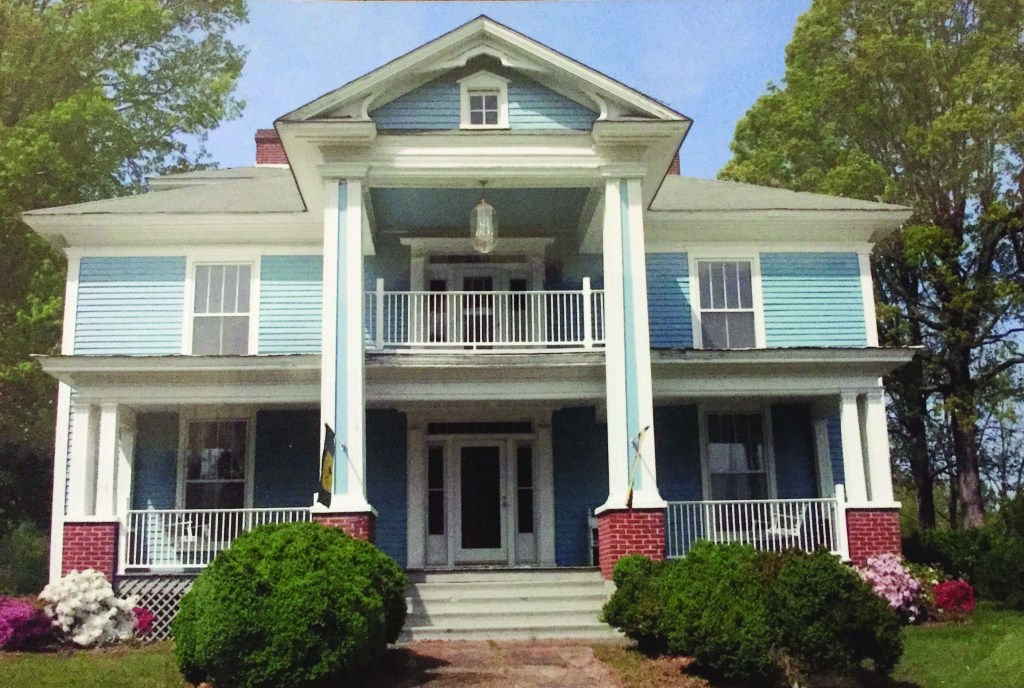 Since the early 1920s, the Gilliam-Hardy House has stood sentry on the hilltop overlooking the Virginian railway near the eastern border of Phenix. In October, it will host its first wine festival to benefit the Barksdale Cancer Foundation.

Since the early 1920s, the Gilliam-Hardy House has stood sentry on the hilltop overlooking the Virginian railway near the eastern border of Phenix. During its almost 100-year history, the majestic two-story home has witnessed war and peace, wealth and poverty, a flourishing town and its subsequent waning years, a parade of businesses, generations of Gilliams and other families, an ever-changing tapestry of life in a small town.

But in that century of existence, the federal style house has never seen a wine festival. That will change this year, on Saturday, Oct. 6, when Barksdale Cancer Foundation (BCF) holds its first-ever wine festival, “Miss Janie’s Sit ‘n’ Sip”.

Named in honor of one of the homes’ most colorful inhabitants, Miss Janie Gilliam, the festival will coincide with “Virginia Wine Month”. Miss Gilliam was a spinster school teacher of generations of children both in Charlotte County and abroad. She was lovingly called “Aunt Janie” by students and acquaintances alike.

Pat and Jimmy Harding, current owners of the home, offered the property as the venue for a wine festival when the board of BCF began discussion on the possibility of organizing a winefest as a way to celebrate Charlotte County’s location within the Southern Virginia Wine Region, one of nine such regions across the Commonwealth.

Mrs. Harding, one of the founding members of Barksdale Cancer Foundation, felt that the beautiful, sprawling old home would be the perfect backdrop for such an event. “It is a perfect fit,” she said. “We are so excited to be able to provide such a unique fundraiser to the citizens of Charlotte and surrounding counties.”

And how fitting that the first band to play at the festival will be the “Stoney Ridge Band”, a local bluegrass band formed by Keysville resident “Spider” Gilliam. As a child, Mr. Gilliam recalls playing in the yard of his Aunt Janie’s home, and jumped at the chance to play at the event, to be held at the house that his grandfather built.

The second band of the day will be “JB and the Get Down Browns”, one of the area’s most popular party bands. Bill Baker of Clarksville, well known deejay, auctioneer, realtor and musician, will be on hand throughout the day to entertain and keep the event running on schedule.

“We are so delighted to have the caliber of entertainment that we have booked for the event,” said Wendy Lankford, president of BCF. “We hope that the wine festival will become our signature event, and that it will prove to be a very lucrative fundraiser for us, as well as being a way to draw people to the county.”

So far, six wineries have committed to the event, along with numerous vendors from throughout the area. A beautiful quilt will be raffle during the day; tickets for the raffle are available at businesses throughout the county or from any BCF board member.

Barksdale is a grassroots organization founded in 1999. Its sole purpose is to give monetary and services support to cancer patients in Charlotte County. The foundation is a 501(c)3 non-profit manned by volunteers. It is governed by a board of directors, in addition to a president, vice-president, treasurer and secretary. Funds come from fundraising events and donations from area citizens and businesses.