On Monday, April 16, 2018, God suddenly called one of His angels, Irma Marylena Edmonds home. She was born on February 15, 1951 to the late Inez Edmonds Lambert. Irma was truly loved by her family and friends and will be greatly missed. 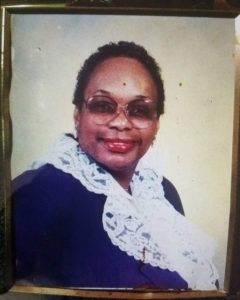 Service of Comfort was provided by Dupee’sFuneral Home in Drakes Branch, VA. Online condolences may be expressed at dupeefuneralhome.com