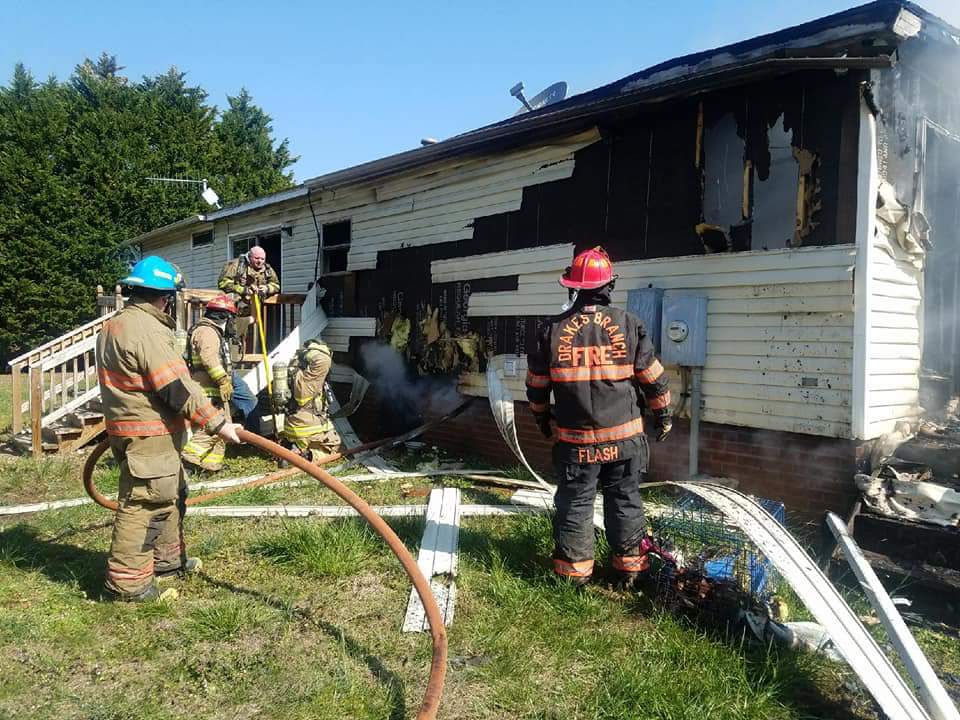 “The firefighters were faced with heavy smoke conditions with almost zero visibility,” said information from the Bacon District Fire Department. “The fire had vented itself through the roof on one end of the residence. Firefighters quickly knocked down the blaze once entry was made.”

Last Wednesday, the Virginia Department of Forestry posted a notice stating an increased fire danger for Thursday due to higher temperatures, low humidity and gusty winds.

“These conditions could result in Class 4 alert,” said the notice. “This means above normal fire activity and/or conditions. Fires start readily and spread rapidly. Control of head fires may be difficult to impossible until fire behavior factors change.”