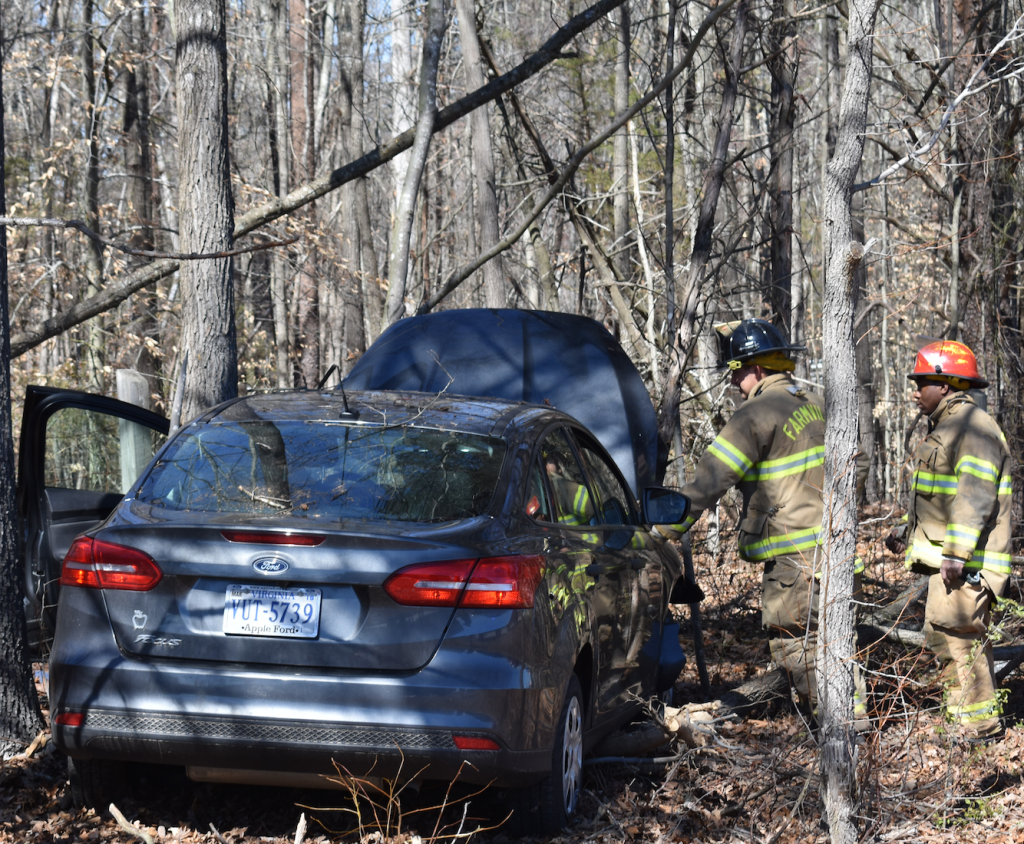 A single vehicle accident by the intersection of Commerce Road and Farmville Road resulted in the driver being transported to Centra Southside Community Hospital for minor injuries Sunday afternoon.

The driver was taken to Centra Southside Community Hospital with minor injuries after the accident Sunday afternoon by the intersection of Commerce Road and Farmville Road.

Hylton said the vehicle was driving northbound on Route 15.

“(The vehicle) ran off road,” Hylton said. “Crossed over the intersection.” The vehicle then went into nearby woods.

“It was a confirmed entrapment,” Finch said about the accident, which involved a 2017 gray Ford Focus. Finch said the man was able to exit the vehicle after he and first responders moved a small tree that blocked the driver’s door.

Hylton said the accident is under investigation.