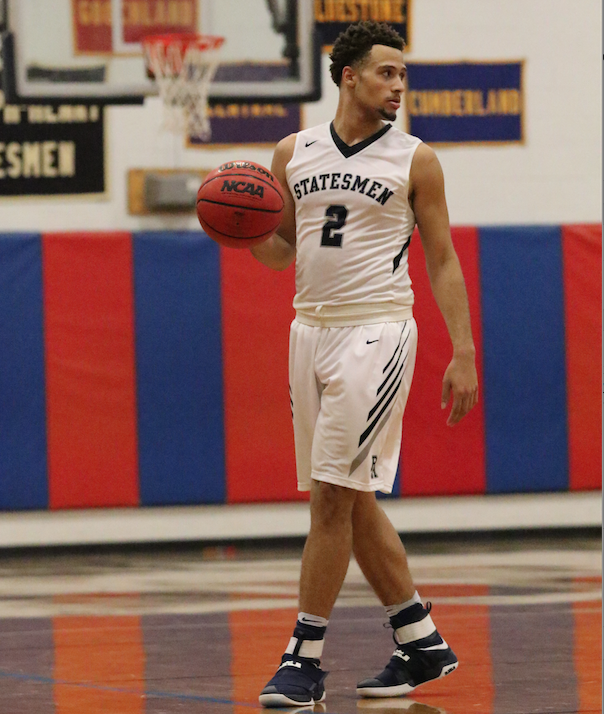 Randolph-Henry High School guard/forward Tremaine Pugh, pictured from last season, has again proven to be a leader on his team this season.

Randolph-Henry High School’s varsity boys basketball team hasn’t started the season like a squad that belongs in the middle or the bottom of the pack in the James River District (JRD).

With their 64-21 road victory over Central Lunenburg High School on Dec. 19, the Statesmen are tied for the No. 1 spot in the district with Goochland High School. Both teams hold 4-0 records in the JRD.

“It’s been a while since we’ve been at the top,” Randolph-Henry Head Coach James Graves said. “It’s been a building process. It’s still early, and we’ve got some big games to play.”

But he said this strong start in the district is essentially what he was expecting.

“The games that we’ve played that we haven’t won, we’ve played against competition that is probably better than anything that’s in the district,” Graves said.

The coach noted the most pleasant surprise right now for him is how well his team is playing defense.

“All those district games, the most anybody has scored against us is 50 points,” Graves said. “As long as we keep doing that, we’ll always have a chance to stay in the ballgame.”

The Statesmen return to action Wednesday, Jan. 3, when they visit Nottoway High School at 7 p.m.