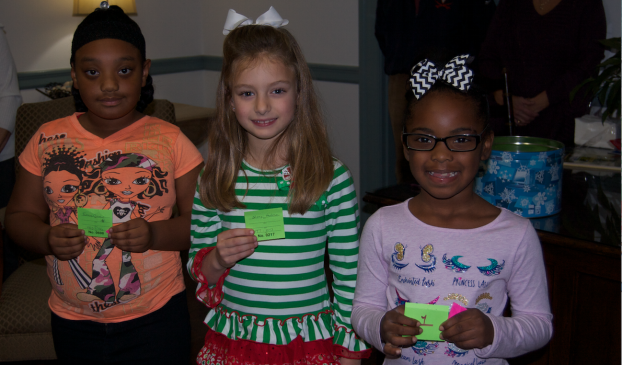 During the event, students from Charlotte County Public Schools drew the winning names for three prizes.

“Thank you parents for bringing your children, and thank you children for coming to help us tonight,” said Charlotte County Education Foundation Chair Marjorie Pugh during the event. “We thought it would be nice for you to be the ones to draw, because this is all about the children.”

Winners and their prizes according to the foundation included Kendall Whirley, who received a weekend getaway to Emerald Island, North Carolina; Sherry Anderson, who received a $100 gift card or savings bond and Donna Green, who received a dinner for two at The Fishin’ Pig.

“I want to thank everyone who was involved in selling our tickets,” said Pugh. “We feel like this has been a very successful fundraiser, and we are all excited about it.”

The raffle served as the foundation’s first major fundraising opportunity since its re-establishment.

“We have appointed a committee now that will start working with the principals at the beginning of the year so we will be dispersing some funds for some students who need some special things,” Pugh said.

More than two dozens friends and family members gathered at the Municipal Building in Drakes Branch on Sunday to enjoy... read more