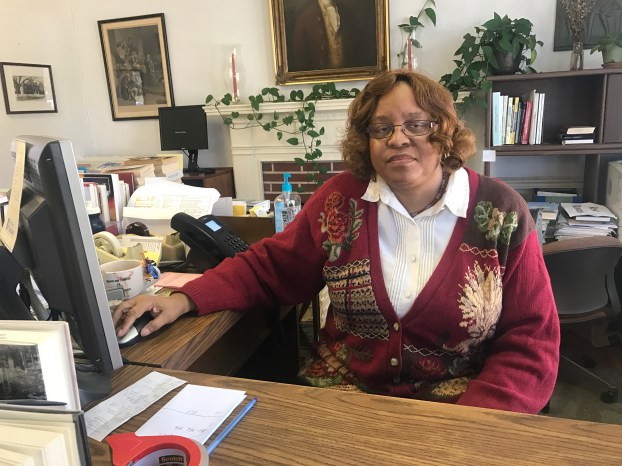 Denise Pridgen sits in her office at the Library in Charlotte Court House.

A fixture in Charlotte County

Sixty-one-year-old Drakes Branch resident Denise Pridgen has been a fixture in the Charlotte County community for years and wears many hats.

Pridgen said she has been mayor for the past 14 years and has worked at the library for 39. Originally born in Philadelphia, Pennsylvania, Pridgen said one of her greatest accomplishments is being the first African-American female mayor in the Town of Drakes Branch.

When asked what she loved about living in Charlotte County, she said, “It’s a nice area to live. The people are very friendly and helpful. It’s a good place to live.”

When Pridgen isn’t busy, she enjoys watching the television show “The Good Doctor.”

When asked what are three words she would use to best describe herself, Pridgen said, quiet, workaholic and good personality.

She was previously featured in “Faces,” a special section produced in association with The Farmville Herald, The Kenbridge-Victoria Dispatch and The Charlotte Gazette.

In that special section, Pridgen said her mother had impacted her life the most. “She’s always been a hardworking person and provided the best for me,” she said.

During a special called meeting Monday, the Charlotte County Board of Supervisors approved to again extend the due date for... read more