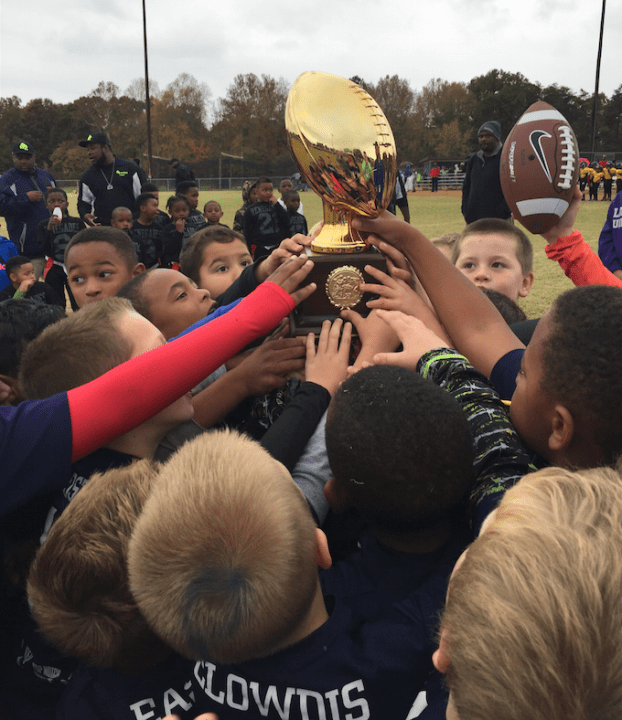 The Patriots advanced to the Super Bowl after defeating Prince Edward 12-6 in an Oct. 28 playoff game.

“This combination is especially impressive because it teaches the children that they can play hard and win while following the rules and having manners,” said Patriots Flag Football team Head Coach and Patriots Football Director Leslie Poling. “This is what we want to instill in all of our children.”

In the Oct. 28 playoff game, Charlotte County faced off against the Prince Edward Eagles at their home field. The Eagles were the Patriots’ fiercest competition during the regular season, and the playoff game was no different.

Prince Edward scored first and kicked for two extra points. The Patriots scored a touchdown in the second quarter but failed to complete the extra point and went to halftime down 8-6.

They were not showing their best blocking during this game but managed to score another touchdown in the second half while a strong defense prevented the Eagles from scoring.

The strong defense that CC has been known for all season kept Emporia from scoring even though the Renegades had the ball during the entire first quarter.

The Patriots’ defense is not only strong but deep. During this game, at least 10 different Patriot players pulled flags — the flag football equivalent of tackling.

This lit a fire under the Patriots who blocked hard and gave their runner a path to score a touchdown from the line of scrimmage with 1:01 remaining in the half. Emporia was able to make its extra point, and Charlotte wasn’t, making the halftime score 7-6 with the Renegades in the lead.

“The children and coaches worked hard all season,” Poling said. “Our conditioning — we do a lot of running — made the difference in several games, including the Super Bowl. We were fast and had more endurance. We had a large team and were able to develop kids into offensive or defensive specialists, even though several were very versatile and did play both at times. The players all came with their own talents, and we were able to help them use and improve them.”