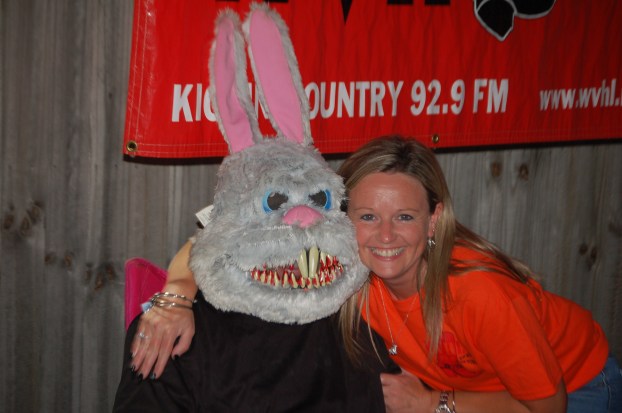 No one lived in the two-story house on 9041 Church St. when the Keysville Volunteer Fire Department purchased the home years ago.

Now, the home has been occupied with killer clowns, pleading ghostly spirits and a series of technologies that scare to raise funds for the department.

“All of it’s pretty spooky,” Duffey said about his opinion of the scariest part of the house. “Once it gets going.”

The haunted house first took place at a building behind the Dollar General on King Street, which is now a duplex, eventually moving into the house on Church Street.

The haunted house tour takes participants through a series of rooms and hallways. A room with a killer clown carnival and a series of tombs contains some scares.

“We put many, many, many hours into this,” Duffey said about the volunteers’ work on the house. “It’s a group effort.”

Another feature of the house is a series of hidden cameras in each of the rooms, capturing the scares of each participant.

While the verdict is not out for how much the event has raised, Duffey has high hopes.

Volunteers in the department, and their families and friends also make an impact, with between 30 to 50 people donning masks and makeup to work in and outside the house.

Though not in the scary garb of other volunteers, ticket distributors Audrey Payne and Jeff Coyte have been longtime volunteers for the department and enjoy seeing the event’s impact on the guests.

Jay George, who started attending the event last year with his daughter, Kaylee, said the fundraiser offers a fun way to celebrate Halloween.

“We’re looking forward to it every year,” George said.

People will have a chance to catch the haunted house every Friday and Saturday at 7 p.m. until Halloween weekend, where the house will be opened on Friday, Saturday and Halloween Night on Tuesday.