Real estate and personal property tax bills in Charlotte County could face a slight delay due to an accounting system upgrade, as discussed at a recent meeting of the Charlotte County Board of Supervisors, 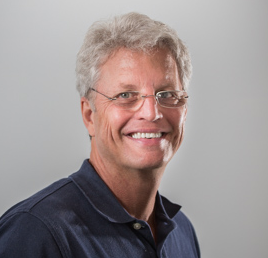 RDA systems President and CEO Dave Davis said there is a need to bring new technology to the market as it becomes available and the company is partnering with Charlotte County to bring out a new generation of software called Breeze.

According to RDA’s website, “Breeze offers a brand new state of the art system to simplify and streamline Revenue Management.” The new product was released in 2016.

Davis said the company started the project off in May rolling out the new software in the county. “It

has its challenges,” he said. “I’m not going to say its been easy- it’s not, but we continue to work towards problem resolution.”

He said when an issue comes up, it gets addressed and they continue to move forward with the project.

“Our latest hurdle we’re facing is the tax bills,” said Davis. “While we might be behind a week or two, we’re very confident that the tax bills will get out in time for a timely collection of revenue for the county.”

He said he predicts by Oct. 30 all real estate and personal property tax files should be to the printer.

According to the county’s website, county taxes are billed twice each fiscal year. Taxes are due December 5 for the first half of the fiscal year and June 5 for the remainder of the year.

“It’s my understanding by law, you need to give the constituents 14 days from receipt of the bill to reach the due date,” said Davis.

County Administrator R.B. Clark said if the bills are not out in a timely fashion, the staff would ask the board to extend the time before any penalties are applied.

“It wouldn’t change the due date,” said Clark.

He said he hoped it wouldn’t have to be done, but “when you’re dealing with new software, we are sort of a beta site, you never know.”

He said the treasurer and commissioner have said the bills would not go out if they weren’t right.

Chairman and County Seat Supervisor Gary Walker said the Commissioner and the Treasurer have been diligently working on the issue for a long time. “It’s not by any lack of effort on their part,” he said. “The software glitch has got things held up. As soon as the software glitch is fixed, the bills will go out and we’ll adjust dates, times and penalties if necessary.”

Clark said once the system is perfected it would be a lot better and a lot faster.

Red House/Cullen Supervisor Nancy Carwile said while the bills might get in the mail on time, the spotty mail service could cause a delay in the bills actually getting in the mail boxes of constituents on time.

“That’s going to be an ongoing issue, . . .” said County Treasurer Patricia Berkeley. “That’s part of the reason of the concern . . .we want to make sure we cover all those situations as well,” she said.

He said the company started off with the school board before getting involved with the commissioner and treasurer.

“It’s been a good relationship over the years,” said Davis.