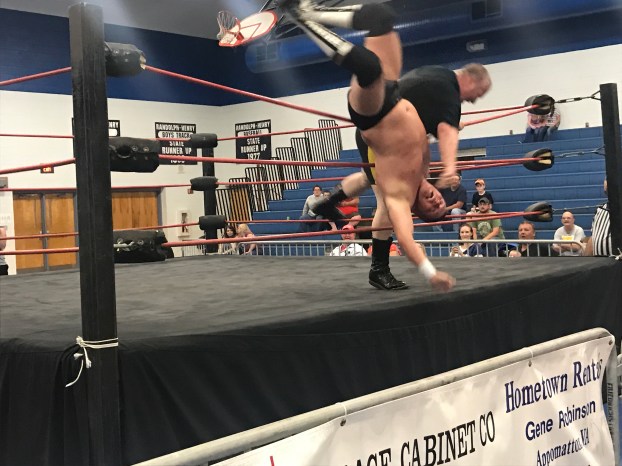 “Each year, the Charlotte County Recreation Association holds the annual wrestling event to help with fundraising efforts to benefit the association,” said Association Director James D. Gregory. “The fundraiser provides clean, family entertainment for those in the county, as well as supporters who travel from surrounding counties to witness the action.”

BWF is based in Appomattox and serves as the premier pro wrestling promotion on the independent scene, according to its website.

“BWF is Central Virginia’s premier wrestling promotion for the last 12 years,” according to the website. “Started in 2002 by Bruiser Graham and his father Woodrow, the BWF continues to bring the most exciting wrestling action in the indy scene by mixing young talent and legends of the wrestling business.”

According to Gregory, the recreation association is funded through youth basketball games each season. He said the organization is operated using all private funds.

In 2014, the association formed Westpoint Park in Drakes Branch and has since held events including bike rides and class reunions to continue raising money for the project.

The wrestling event serves as an annual fundraiser for the association.

“The BWF would like to thank everyone that came out to help support CCRA and we look forward to being back next year,” said Troy Loveday, a co-owner of BWF. “If you wish to attend BWF events coming to your area, go to our Facebook page (and search) Bruiser Wrestling Federation.”

A night at the carnival

People packed the hallways of Bacon District Elementary School and enjoyed the bounce house and inflatable obstacle course on the... read more