The Commonwealth Regional Council (CRC) is looking to assist the Town of Drakes Branch in applying for a grant that could help fund a new municipal building which would include a new fire station, town office, office for the police department, emergency communications cache and emergency medical response equipment. 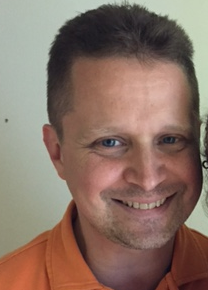 “I was actually there with (CRC Interim Executive Director Melody Foster) for the visioning session and fire department volunteers gave me a tour of the building, and long story short (is that) the building is falling apart,” said CRC Community Development Planner Todd Fortune during Thursday’s meeting.

“Just a quick layout of the land (includes) a creek that runs about 15 feet behind the building and whenever it floods, the soil gets saturated.”

He said basically the land is giving way.

“Basically the building is trying to separate” with parts of the building going in separate directions, Fortune said.

“We had a meeting last week with town staff, firefighters and staff from the Virginia Department of Emergency Management.”

Fortune said officials talked about the possible project, toured the municipal building and came to the consensus that the town should apply through the pre-disaster mitigation program through the Federal Emergency Management Agency.

Fortune cited applications for the program are due to the state by Sept. 14.

Drakes Branch Mayor Denise Pridgen said given that the application had not been completed, she wouldn’t offer comment regarding a new municipal building.

The CRC will receive applications until a week before the next meeting, which is scheduled for Sept. 7.

Foster, who was appointed to interim executive director in May, announced during the June meeting that she would seek the permanent position.