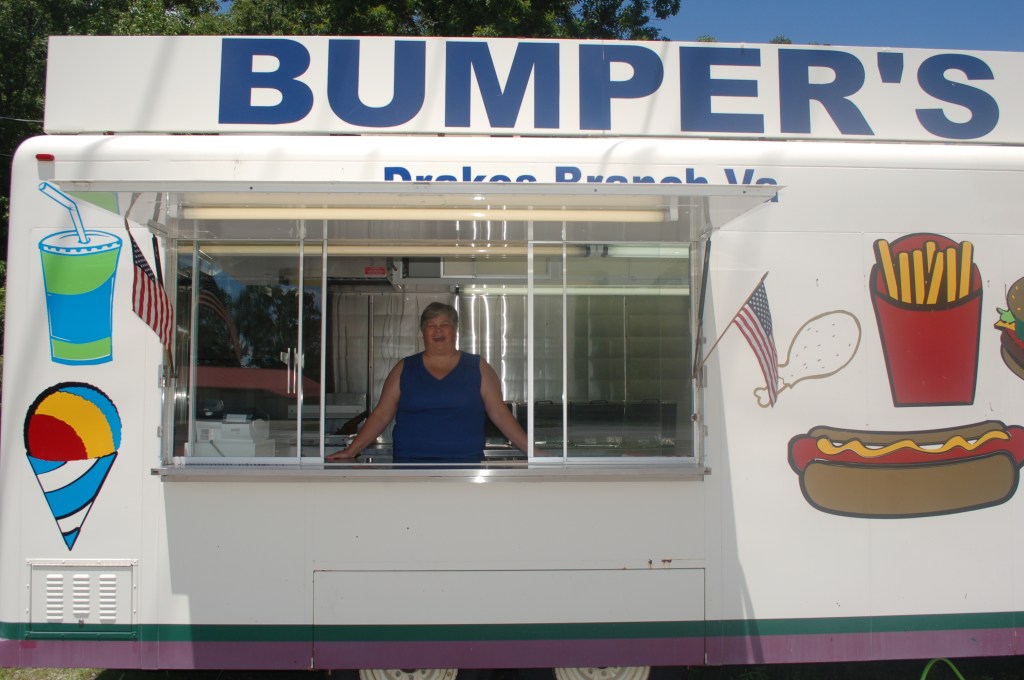 Lisa Dickerson Daniel, owner of Bumper’s, smiles during opening weekend of Bumper’s Food Trailer at her store in Drakes Branch.

“I think it’s going to be a great asset to Bumper’s,” said Lisa Dickerson Daniel, who owns Bumper’s.

She said food will be offered inside the store in addition to at the new trailer located on the property.

When asked how the idea to start a food trailer came about, Daniel said, “I hadn’t really thought of it until I seen one for sale.”

She said the food trailer would be a good avenue to promote the store.

Daniel said many people have been coming into the store asking about the possibility of Bumper’s providing food for private parties and events.

“I’m trying to get a good recipe for cinnamon rolls,” said Daniel.

Bumper’s opened in July 2015 and has hosted several community events over the past two years.

Daniel formerly owned Scuffletown Grocery, which closed its doors at the end of January 2016 after six years in business.

Daniels said the store was built in the 1970s and Scuffletown Grocery opened on Oct. 10, 2010. “We just decided to focus all our time over there,” she said referencing Bumper’s.

In the future, Daniel said she hopes to make the food trailer handicap accessible so that those with special needs will be able to pull directly up to a service window in their vehicle to order food.

Bumper’s food trailer is located at 7170 Crafton’s Gate Hwy. and will be open on Friday’s and Saturday’s at 11 a.m.

“We want to see how things go with that,” Daniel said.