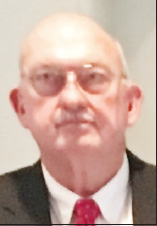 R.L. “Butch” Shook Jr. announced recently that he will seek re-election to the Keysville District seat on the Charlotte County Board of Supervisors.

The election is in November.

Shook is the owner and operator of Keysville Hardware and Farm Supply, which will celebrate 25 years in business in 2018, according to the release.

“After being elected in 2009 to the Charlotte County Board of Supervisors, I was appointed to the Crossroads Community Services Board, which provides mental health, intellectual disability and substance abuse services,” Shook said in the news release. “Also, I have been selected to serve on the board of supervisor’s buildings and grounds committee and as chairman of the courthouse committee. As chairman of this committee, I will continue to work diligently to meet the requirements of the court system and do what is in the best interest of our citizens. I believe our new courthouse will be something we can be proud of and will meet our needs well into the future.”

In his release, Shook said the children and their future should be the No. 1 priority, noting his support the Charlotte County School Board members.

He said he believed that Eureka Elementary School should remain open, while Bacon District and Phenix elementary schools need to be upgraded or considered for consolidation.