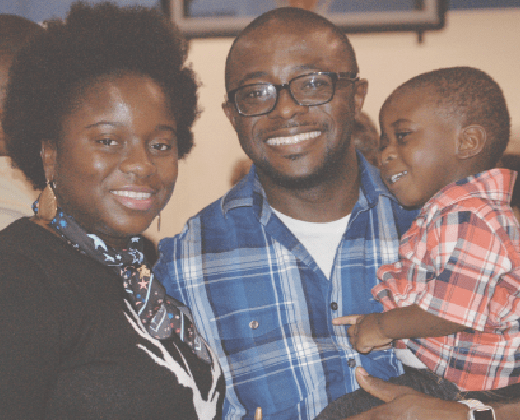 Patrick Henry and Barbara Johns were evoked as examples of Americans who changed the world as nearly 30 people from 21 countries became American citizens during a ceremony May 5 at Red Hill Patrick Henry Memorial Park.

The ceremony was held inside of the park’s gymnasium.

Administering the oath and presenting the certificates was Federal Judge Norman K. Moon.

After the certificates were presented, Moon discussed responsibilities of American citizenship and what both the naturalized citizens can offer to America and what America would need from them.

Speaking during the event was U.S. Rep. Tom Garrett, R-Buckingham, and Patrick Henry Jolly, the fifth-great grandson of Patrick Henry.

Garrett, during the ceremony, spoke about Henry and civil rights pioneer Barbara Johns’ contributions to the ideals established in the constitution.

Both, he said, were willing to lay down their lives to right the wrong of injustice.

“The only difference between Barbara Johns and Patrick Henry wasn’t what they did,” Garrett said. “Both found something important to stand up and fight for and conceivably die for, it was the fact that Patrick Henry was a 37-year-old lawyer and Barbara Johns was a 16-year-old girl. But in both instances, one American changed the world.”

Garrett said each citizen has the ability to influence the course of events in America and to make the United States a place where everyone would have an equal opportunity to pursue their definition of success.

“Your duty, as I see it, is to do what’s needed to ensure that 100 years from now, another group of people who dream like you is offered the same opportunity that you were offered here today,” Garrett said.

Christine Mercedes Hopkins, who works in a Hospice center in Lexington, said the long process made the goal that much more worth it. She was naturalized as an American citizen Friday.

“It was good,” Hopkins, who is originally from Spain, said about the ceremony. “It was very special.”

One of her friends, Maria Isabel Ramirez-Soto, of Columbia, is currently in the process of becoming a U.S. citizen, and is looking forward to her own ceremony.

Mary Antoinette Appiah, of Lynchburg, who also became an American citizen, said the process and ceremony had been rewarding.

“It’s been quite a journey, but very informative,” Appiah, who is originally from Ghana, said. “And I have enjoyed the ride, or the experience.”

She attended the ceremony with her husband, Kofi, and her son, Liam-Michael.

Liam-Michael, who is two years old, walked with Appiah as she received the certificate and shook hands with the presiding officers.