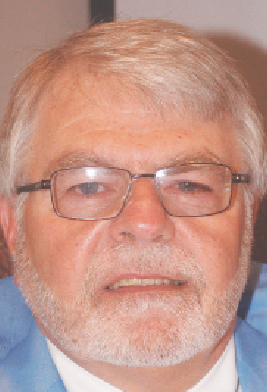 The Charlotte County Board of Supervisors will hold a public hearing Monday at 6 p.m. to receive comment on the proposed 2017-18 county consolidated budget — totaling over $51.5 million in estimated revenue and expenditures.

“I have always thought it was important for citizens to attend public meetings,” said Drakes Branch Supervisor Garland “Butch” Hamlett Jr. “This is an opportunity to be able to offer your input,” he said of the upcoming hearing. “Contrary to what some people may think, some of us — and I am one, do listen and are concerned about what is stated at the public hearings.”

The upcoming year’s budget will see a slight increase in all areas with the exception of the Virginia Workforce Investment Board Area 8.

The largest increase is seen in the general fund of $7.3 million. More than $7.1 million of that money will be transferred from the general fund balance according to the proposed 2017-18 budget.

The school fund — which totals $24 million — contains about $3.8 million from local revenue, representing a slight increase from the current fiscal year budget.

Cullen/Red House Supervisor Dr. Nancy Carwile said it’s important for citizens to know that a copy of the proposed budget can be accessed via the county’s website.

“As a board of supervisors’ member, I want to make sure we’re spending the taxpayer’s money wisely and keep tax increases to a minimum or rather no tax increase at all,” Hamlett said.

“One of the things I have asked to be included in the county’s budget is a capital improvement plan to set aside a token amount of money to assist the fire and rescue services for capital expenditures,” said Hamlett. “However, it doesn’t appear that this is included in this upcoming budget.”

The hearing will be held in the conference room of the Charlotte County Administration Building.