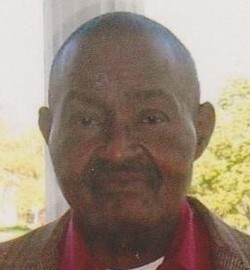 William Carrington “Cank” Baker, age 73, of Brookneal died Friday, March 10, 2017 in Lynchburg.  He was the son of the late Mr. Clarence E. Baker and Mrs. Odell G. Baker. In addition to his parents, he was preceded in death by his twin brother, Clarence W. Baker and sister, Peggy B. Freeman.

He is survived by two brothers, Herman (Ann) Baker and Wayne (Faye) Baker, all of Brookneal; three sisters, Faye A. Baker of Randolph, Alma Baker of Martinsville, and Sarah Baker of Brookneal; his racing buddies and long-time friend, Doris Angel; and a host of nieces, nephews, relatives and friends.

Funeral services were held Friday, March 17, 2017 at Gethsemane Presbyterian Church in Drakes Branch with interment in the Henry Presbyterian Cemetery in Randolph. Condolences may be expressed at www.JeffressFuneralHome.com. Arrangements were by Jeffress Funeral Home and Cremation Service of Brookneal.