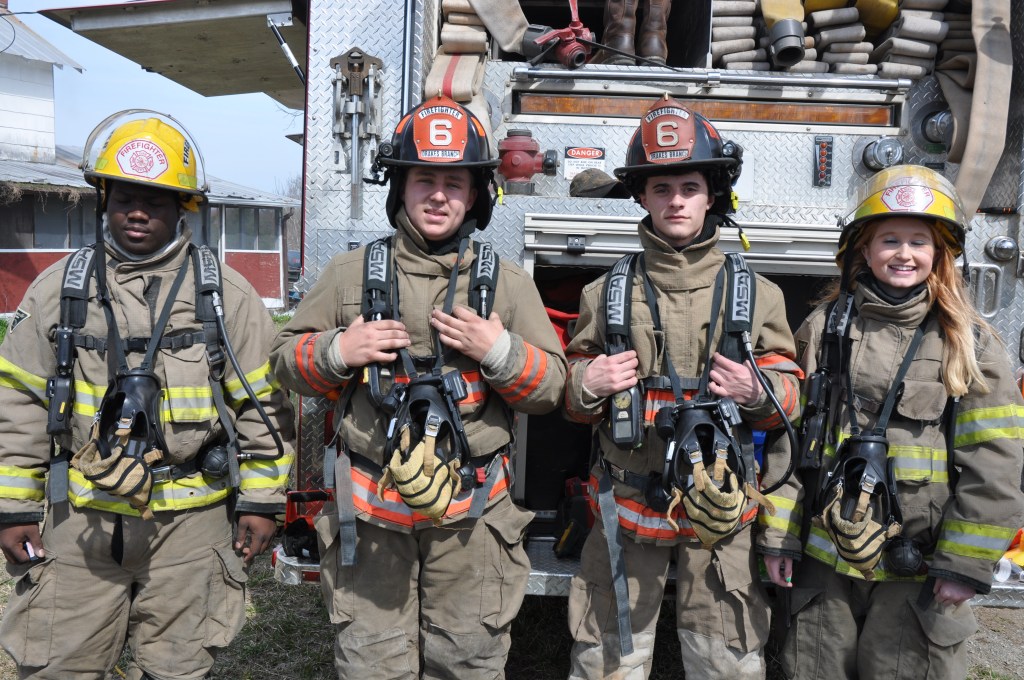 More than 20 volunteers from Charlotte Court House, Phenix, Red House and Drakes Branch fire departments united Saturday on Thornton’s Mill Road to work together, improving their skills to better serve their respective communities and Charlotte County as a whole.

Though the old farmhouse on the winding road wasn’t ablaze with smoke billowing from its eaves and 400-degree temperatures inside, organizers and trainers set the stage using simulators to improve the knowledge of the men and women.

“The two big things that come to mind when you say advantages (of training are) number one, out here in the rural areas, we don’t have the opportunity to go to many fires, so you have to train more,” said Chad Reeves, the assistant chief of Red House Volunteer Fire Department, who helped organize the training exercises. “The other advantage would be, I’m on Red House Fire Department, he’s on Charlotte Court House (Fire Department), we don’t get to work with each other a whole lot on fires, so, when we do, most of the time it’s big fires … So with working with each other on other departments and with getting the experience through training … that would be the two biggest (advantages).”

Training was conducted for several hours Saturday morning into the early afternoon inside and outside the farmhouse.

Inside the farmhouse — one that had low ceilings — a machine that emitted thick water vapor simulated smoke. After the machine is activated, it fills a small room with smoke-looking vapor within minutes, so thick those inside can’t see their hand in front of their face. Within about 10 minutes, the whole two-story home is thick with the vapor, setting the stage for volunteers to make entry.

“We’re doing search and rescue for victims, searching for the fire and containing the fire,” Reeves said of the exercises. “We’re doing hose line stretches and hose deployment to the house and through a burning structure. And, more or less just getting oriented. You’ve got skill levels here from people that are brand new at this — really green — all the way to people who’ve been doing this for 20 years. So the skill level here is all over, which is great because we can work off of each other.”

The veteran volunteer fireman Reeves was referring to is Kenny Tharpe, the chief of Drakes Branch Volunteer Fire and Rescue. He’s in his third year as chief, but has served for more than 20 years as a firefighter.

Discussing the advantages of training, Tharpe said knowing how to work together was key.

“We’re so limited in manpower today,” he said of the departments. “We usually have to call 3-4 departments together anyway (on calls). All of us need to know how to work (with) each other’s equipment and how to work together because of that limited daytime (manpower).”

Working hard training and responding to scenes of fires, vehicle accidents and other incidents is worth the labor, Tharpe stressed.

“It’s worth it. It costs us a lot of money. But we’ve actually brought lives back.”

Volunteers, once inside, meandered through the home in the midst of the thick vapor, performing search-and-rescue missions and locating origins of fires, represented by flares in buckets.