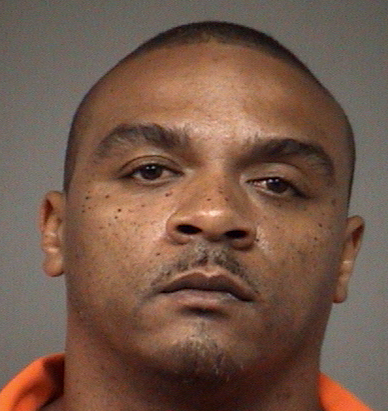 A 35-year-old Charlotte Court House man has been arrested and charged in connection to his second reported attempt to elude police within 30 days.

Police say Danzelle J. Clark was reportedly speeding 76 miles per hour (mph) in a 45 mph zone in Wylliesburg on Saturday.

“The deputy pursued the car from Charlotte County into Mecklenburg,” the Charlotte County Sheriff’s Office said in a press release. Police from “Mecklenburg County, along with the Virginia State Police, assisted with this pursuit.”

Police said the car was stopped “and the driver fled from the scene. The driver was arrested after a short foot pursuit and transported back to the Charlotte County Jail.”

Clark was charged with felony eluding, driving while suspended or revoked and exceeding the speed limit by more than 20 miles per hour, police said.

Clark is being held without bond.

Clark also eluded police on Feb. 17, the sheriff’s office said and was arrested and charged with felony eluding, failing to obey traffic control devices, possessing a controlled substance, driving after being suspended or revoked (and) passing on double solid line.

Clark was released on Feb. 23 on a $10,000 secured bond before the subsequent Saturday incident.