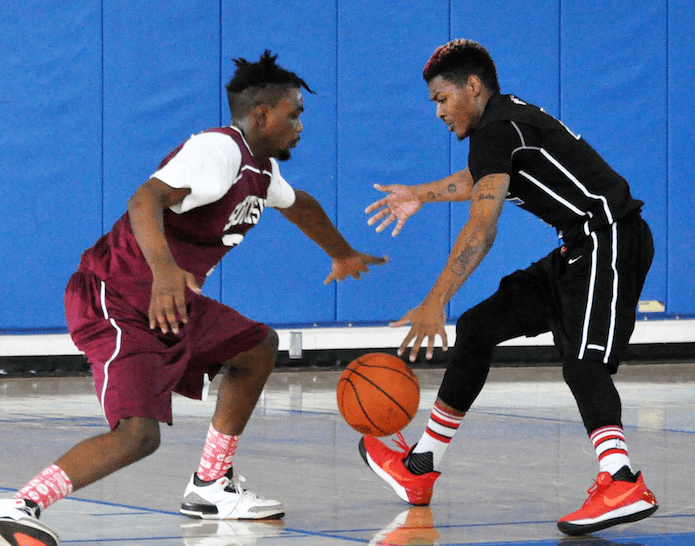 The win was the sixth in a row and 12th in the last 14 games for the Panthers, improving their record to 12-9 on the season.

“We certainly hope we are peaking at the right time,” SVCC coach Dennis Smith said. “After starting off 0-7 against a rugged schedule, our guys have really picked it up during the second half of the season. We are hoping to make a good showing at the national tourney.”

SVCC played four games against National Junior College Athletic Association teams that were ranked in the national top 10 during the regular season, as well as a number of top Postgrad programs.

“I am hoping our tough schedule will pay dividends this week,” said Smith.

On Sunday, the Panthers led by nine points on two different occasions in the first half after baskets by Kirvell Alexander and Naquan Jordan, respectively. But the Bobcats closed the first half on an 18-10 run to take a 38-37 halftime lead.