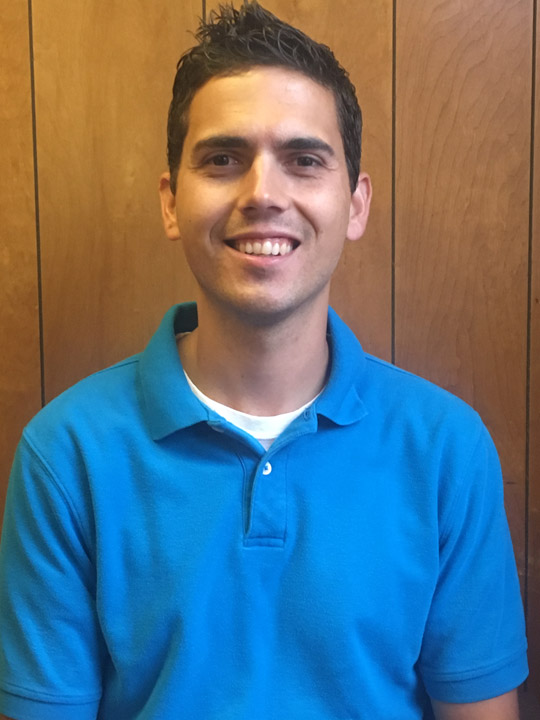 On Thursday, July 7, Dallas endured the deadliest incident for police in America since Sept. 11, 2001. From the trigger of a lone gunman, five officers paid the ultimate price in serving their community — one transit officer and four Dallas Police Department officers.

Not only did I feel compelled as a pastor to address and pray through the numerous race-related headlines in our next Sunday service; I felt compelled as a brother-in-law. My brother-in-law has served the Dallas Police Department for over a decade. Admittedly we are not that close: maybe a once-every-six-months phone call or text. But ,for some reason that Thursday afternoon I sent him my once-every-six-months text.

Little did any of us know what was about to unfold. He responded later in the evening to inform me of the shooting. I turned on the news, shed some tears and glued my eyes to the TV into the morning hours. My brother-in-law had to work all night, but he made it home.

Four of his fellow Dallas Police Department officers did not; three of them were personal friends. So you can only imagine his relief and yet burden when he opened the front door of his house, hugged his wife and kids and crashed onto the couch reflecting on his night. I’m proud of him. I have been praying for all of the men and women in blue. We have a problem, and it hit home.

It is impossible for me to deal with all of the complexities and tensions of race relations in America in an opinion/devotional piece. I’m not sure I understand it all. I am sure even in rural Virginia that there are many different views among the readership on the racial divide that plagues our land. But as a Christian, and as a pastor, allow me to emphasize a few principles that every Christian should emulate.

First, let’s simply weep with those who weep (Romans 12:15). To practice this principle, it doesn’t matter if you believe the killings of Alton Sterling and Philando Castile were justified or not.

Their families are hurting. These events were unfortunate at the very least. And so we should mourn with them in spirit.

To practice this principle, it doesn’t matter if you believe the police have a systemic problem with racism or not. We pray and mourn for the Dallas police officers. Lives were lost. It’s time to mourn.

Second, we must recognize that all people, red, yellow, black and white, are created in the image of God (Genesis 1:27). There is a sacredness that God has stamped on each individual. Inalienable rights are not contingent upon our profession or race. We have rights simply because we have been endowed by our Creator. Jesus affirmed the sanctity of all human life when he commanded to love our neighbors as ourselves (Matthew 22:39). And in telling the parable of the Good Samaritan, he affirmed that all people of all races are our neighbors (Luke 10:25-37).

In a memorial service last week, President George W. Bush wisely remarked, “Too often, we judge other groups by their worst examples while judging ourselves by our best intentions.” In our initial reactions to news headlines we understandably feel fear, anger or other complex emotions.

We can’t assume that all black people think the same about race. Ethnic groups are not monolithic. We each have our own opinions, whether they be right or wrong. It’s complicated. So let’s not pretend that we are experts overnight. Let’s be quick to hear and slow to speak.

Finally, we must advocate, seek for, and pray for justice (Isaiah 1:17). We may have debates about whether injustice has occurred, but once injustice is recognized the Christian should be an unwavering voice for justice. When we ignore injustice we pervert the good news of Jesus.

The Gospel is a declaration of God’s coming kingdom where justice will be restored to all the earth. There will be no more racism. There will be no more shootings of police. Jesus will bring peace on earth. The Gospel is also a declaration that the God of justice has not merely swept our injustice, our sin under the carpet. Jesus instead volunteered to go to death row in our place, fully satisfying the justice of God for those who would receive Him. God takes justice seriously — so seriously that Jesus died for the world, the just dying for the unjust.

It could have been my brother-in-law. Believe me, this issue arouses my emotions. I pray we do not devolve into anarchy. But I also pray where there be any racism Jesus would dismantle it. In a Dallas memorial last week, the president quoted from the book of Ezekiel, I believe Ezekiel 36:26, concerning a heart of stone being given a new heart.

But let me elaborate on his words by citing the next verse. That heart of stone that will be transformed to a new heart with a new spirit is accomplished by God’s Spirit.

May we seek God to give us a new heart that is promised through Jesus. And if the Bible be true, in the wake of injustice, we long for this world to be better, but we take heart because a better world is coming.

Matthew Homan is the pastor of Eureka Baptist Church. He can be reached at matt@ eurekabckeysville.com.