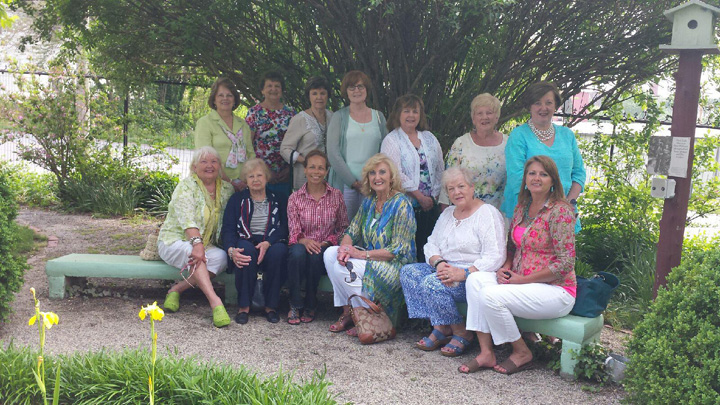 Red Hill Garden Club members toured the Anne Spencer Home and Garden, located at 1313 Pierce St. in Lynchburg, on Monday, May 9. Spencer was an internationally known black poet who published 30 of her poems during the Harlem Renaissance Period in the 1920s. The home and garden cottage, Edankraal, are just as they were when Spencer lived there. The garden, a source of inspiration for many of her poems, has been restored to its original state based on photos taken in the 1930s. Pictured, from left, front row, Carolyn Jolly, Serena Green, Shaun Hester (Anne Spencer’s granddaughter who served as the tour guide and speaker), Marilyn Eanes-Shorter, Jane Roark, Teresa Guthrie; second row, Marjorie Pugh, Ellie Crews, Nancy Waller, Peggy Redmond, Bonnie Rosemond, JoAnn White and Gwen Hamlet.