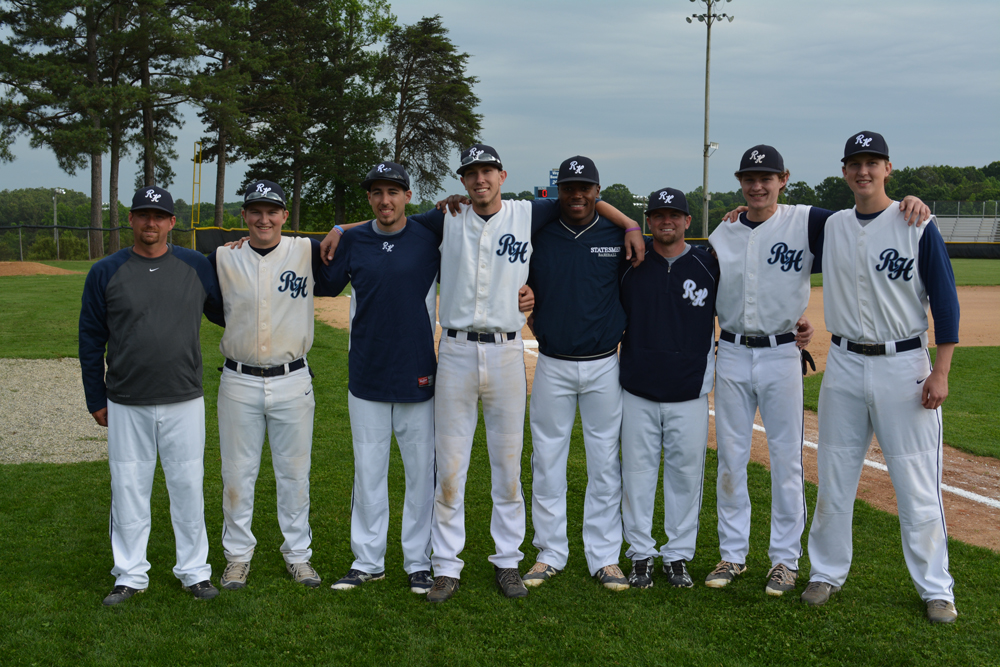 The Randolph-Henry High School varsity baseball team wrapped up the regular season last week with three more victories to improve to 17-2 on the year.

The Statesmen got wins against Buckingham, Nottoway and Cumberland.

Having earned a first-round bye as the top seed in Courthouse Conference 37, Randolph-Henry is scheduled to begin postseason play Wednesday, awaiting the winner of a quarterfinal game between Buckingham and Chatham.

On Friday, the Statesmen traveled to Buckingham for their last regular season game, which ended up being a tight contest that had a 4-1 final score.

Randolph-Henry scored two runs in the first inning, and the Knights scored their lone run in the bottom of the first.

The teams’ run tallies remained unchanged until the fifth inning when the Statesmen recorded their final two runs of the game.

Randolph-Henry was led at the plate by senior Joseph Reed, junior Raleigh Duffer and junior Kendrik Goldman. On the mound, the Statesmen got a good outing from Carter Strickland, who pitched a complete game.

In Randolph-Henry’s penultimate game of the regular season, it hosted Nottoway on Thursday evening, which was Senior Night for the Statesmen.

They were able to defeat the Cougars by a score of 8-0 and were led on offense by junior Josh Jones, Reed and senior Grayson Crawford.

Randolph-Henry had five different players take turns on the mound, and the five pitchers limited Nottoway to three hits on the night. The Statesmen traveled to Cumberland on May 16 and came away with an 11-0 victory.

They scored three runs in the third inning and piled on eight more in the fifth. Especially effective at the plate for Randolph-Henry were senior Cameron Vassar, Jones and Crawford. They recorded two hits apiece.

The Statesmen will host either fifth-seeded Buckingham or fourth-seeded Chatham in a conference tournament semifinal game on Wednesday and will host again Friday if they win.