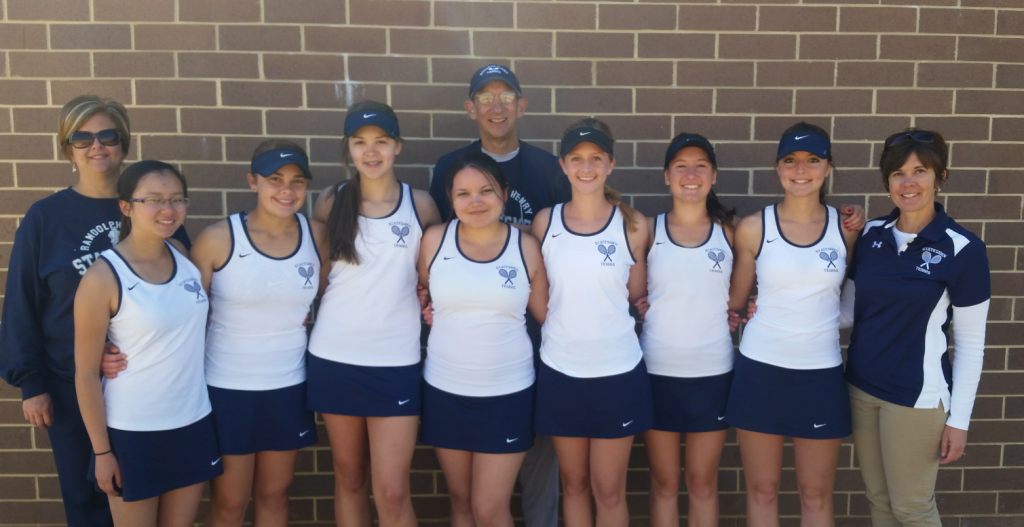 For the third year in a row the Randolph-Henry High School girls tennis team won the Heritage Invitational Tennis Tournament played this year on Friday and Saturday at Heritage High School (HHS) against the host team, as well as Nelson County High School (NCHS) and Prince Edward County High School (PECHS).  The Lady Statesmen improved on last year’s win by capturing the championship not only as a team, but in all nine singles and doubles positions.

The team will return to action on Thursday when they host Appomattox at 4:30 p.m.