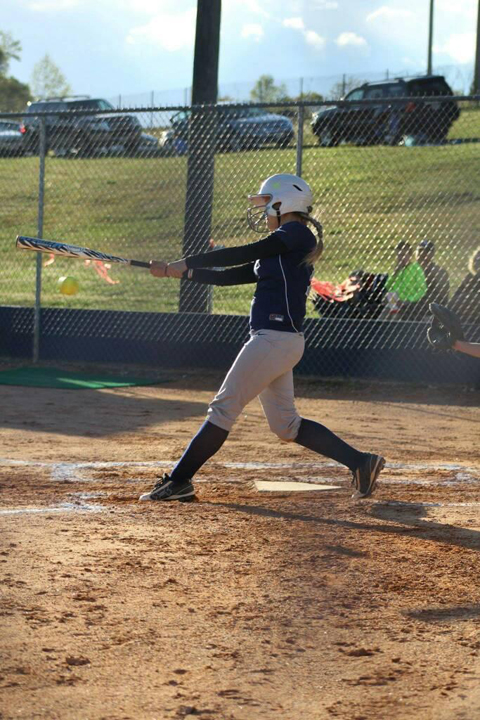 The Statesmen started their week by hosting Cumberland.

The first two innings saw the Statesmen put the Dukes down in order as Hallie Watson struck out four of the first six batters she faced.

In the bottom of the second, Sydney Nichols led off with a single and scored on Cheyanne Newcomb’s triple. Sara Wilmoth got on base by an error and scored on Hannah Pasciuta’s double.

Leighan Payne got on first with a walk and Pasciuta and Payne scored on Watson’s stand up double.

The Statesmen broke the game wide open in the sixth with another triple by Pasciuta.  Alyssa Rapole, Newcomb and Kelsi Letterman each gathered a single.

With the score 14-5, Payne was up to bat and Pasciuta on third. Payne hit a long ball to the left field fence for an in-the-park home run which proved to be the game-winning hit.

Next up for the Statesmen were the Bulldogs from LCA.

With Rapole on the mound, the home team sat down the first nine batters they faced. Rapole had five strikeouts through the first three innings.

Payne got on base with a walk and after stealing two bases would score on Rapole’s single. Letterman led off the second with a double.

Pasciuta and Payne, who got on by a walk, scored on another Rapole single. At the end of three the Statesmen were up 4-0.

With storm clouds rolling in the Bulldogs found a spark the fourth inning and with bases loaded hit a long ball to left field and scored three.

The Statesmen defense tightened up and got out of the inning still ahead 4-3.

Unable to score in the fourth, Statesmen pitcher Watson struck out the next three batters.

Back to the plate with time running out and a storm approaching, Pasciuta led off with a single.

Chelsey Aliff got her first single of the night at critical time, scoring those ahead of her.

Pasciuta got her third single of the night and ended up at first and Aliff at second.

With a 12-3 lead, Payne, an eighth-grader, again was up to bat with the opportunity to have the game-winning hit.

With one strike on her, she stroked the ball to long left field for a double scoring Aliff and Pasciuta.

“We are looking good at times but other times we are lacking focus,” said coach Sandy Mayhew.

“Our bats seem to come alive at just the right moments.”

The Statesmen return home to face Buckingham on Thursday at 6 p.m.