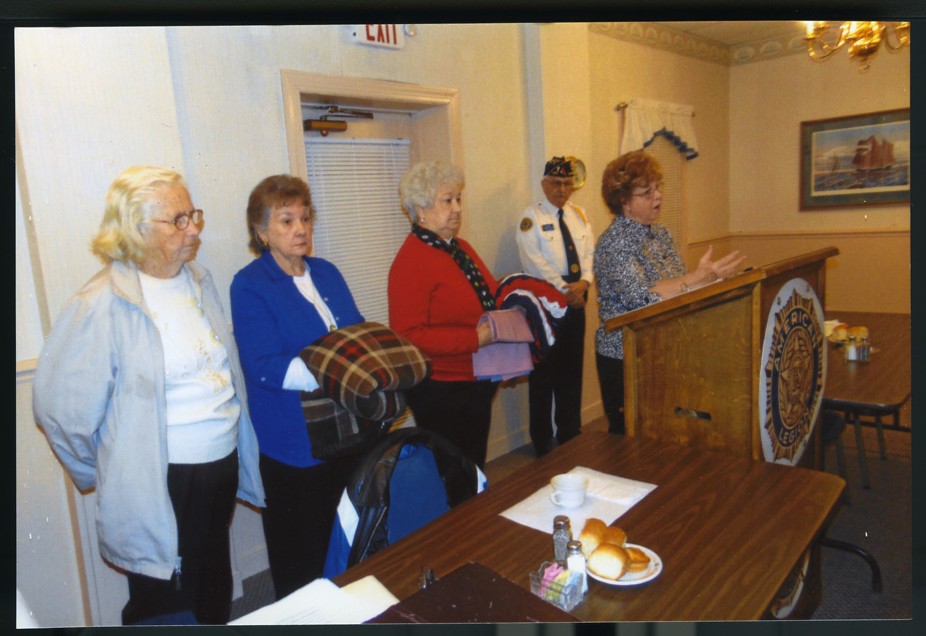 At a recent American Legion and Auxiliary meeting in Keysville, ladies from Bethel Baptist Church shared ways they were involved in offering gratitude and encouragement to wounded veterans through a Samaritan’s Purse project.

After much prayer and planning, Samaritan’s Purse, under the leadership of Franklin Graham, developed a way to offer true healing to wounded warriors and their spouses. Using the Alaskan Wilderness Retreat, couples who qualified were sent to the retreat for one week — all expenses paid — and they were given the opportunity to experience physical renewal, marriage enrichment and spiritual refreshment.

All of the Biblically-based seminars and training sessions were expanded to include the natural beauties of God’s creations in Alaska. Positive outcomes and changed lives with renewed hope were the results for most participants.

When Rocks Baptist Church’s quilting group, of Appomattox, heard of the project, they used their quilting skills to make quilts to send to the patriots who were coming to a reunion in Asheville, N.C., at Billy Graham Cove.

Patriots and their spouses who participated in the retreat the previous year were invited to come for additional follow-up and fellowship. After a few years, the number of participants grew to 150 couples, as 10 couples were selected to go to Alaska each week from June to September.

Other quilting groups, churches and individuals were asked to help with the project. The ladies at Bethel Baptist Church, in Phenix, worked on 25 throws and three crocheted afghans that were tagged with personalized labels. A patriotic booklet with personal notes of gratitude, pictures and poems was prepared with each throw. All of the items were placed in special stitched red, white and blue pillowcases.

The items were presented by Elaine Hamlette to Capt. Jim Fisher, of Samaritan’s Purse, in a presentation ceremony at Rocks Baptist Church on Sunday, March 6. Evelyn Vandergrift, of the Phenix Parish Quilters, also presented 12 lap quilts.

A veteran from each group also participated in the ceremony. They were Richard Baker, of Bethel Baptist, and Butch Francis, of the Phenix Parish Quilters.

The American Legion and Auxiliary also attended the meeting.