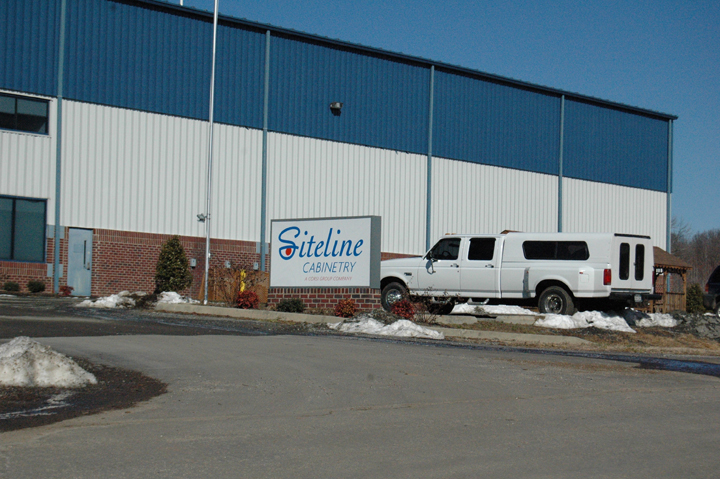 Siteline Cabinetry is located in Keysville.

Siteline Cabinetry in Keysville recently held a job fair where over 100 applications were submitted for possible employment.

According to Steven Carlson, general manager at the Corsi Group — which owns Siteline — the current number of employees at at the cabinet plant is in the low 30s. Carlson said the purpose of the job fair was to “get a new baseline on what was available in the area.”

He said the company is looking to grow to over 100 employees within the next three years.

“Siteline Cabinetry is part of the Indianapolis based Corsi Group, a manufacturer of custom and semi-custom kitchen cabinetry,” stated a company press release. “We are starting to build a team of energetic individuals who enjoy a fast paced environment with opportunities for advancement. We offer a positive and friendly work environment, training and a competitive benefits package.”

The release stated some of the potential positions looking to be filled included machine operators, sprayers, assemblers and entry-level woodworkers.

Management is seeking employees with a good work ethic and attendance. Woodworking experience is also a plus, stated the release.

Carlson said the company will work from the new applications from the job fair to fill the positions.

The locating of the Corsi Group in Charlotte was announced in an April 2014 press release from Gov. Terry McAuliffe.

McAuliffe said in the release that “the addition of more than 100 new jobs is significant news for Charlotte County as it continues to rebound economically. As the Corsi Group expands its footprint and establishes its first East Coast manufacturing operation in Virginia, we celebrate a new corporate partner in a region that offers a robust, skilled workforce and improved cost competitiveness to the company’s expanding customer base.”