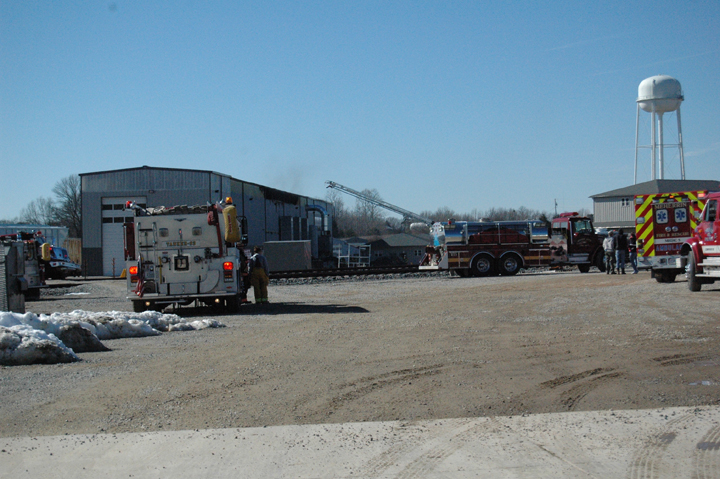 (Photo by Hannah Davis) One of Blue Ridge Railcar Repair’s buildings caught on fire on Saturday.

On Saturday, local fire and rescue crews were dispatched to Blue Ridge Railcar Repair in Keysville for a commercial structure fire.

According to the Meherrin Volunteer Fire Department, crews were  called to assist Keysville Fire and Rescue on the scene along with 12 other agencies.

“Fire operations were held in defensive operations due to chemical storage inside the building,” the department said in a Facebook post. “The “fire was contained and crews made entry for ventilation.”

In addition, other local and state resources were present during the incident.

A Jan. 30 Facebook post on the Drakes Branch Volunteer Fire Department’s page stated, “today most of the county’s fire departments were dispatched to an industrial fire with

reported explosions – a call no department wants to hear. This call proved that while we may not agree at times on strategy, we are all working towards the same mission. We are family.”

Ultimately, the fire was detained and no injuries were reported in the incident.