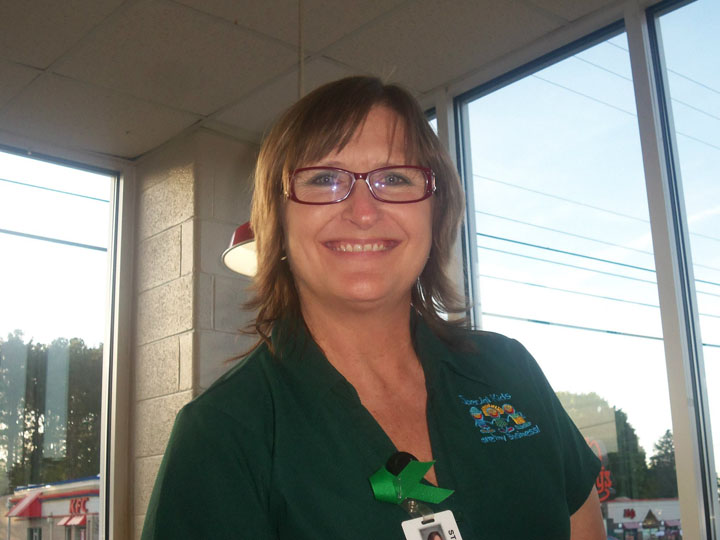 Joanne Weber Catron, of Keysville, has been nominated to be the Alpha Sigma Alpha National Council vice president of membership.

Nominations for national council were open until Sept. 20. Catron said she was nominated by someone and accepted the nomination.

“After I did, I had to fill out the application and resume. The nominating committee reviewed all applications of potential nominees,” she said. “They then asked nominees to participate in a phone interview. After that, the nominating committee reviewed the info from the phone interviews and chose who they thought would best fit the bill for slate.”

According to Catron, the slate of officers is announced to the entire membership and voting will take place at the National Convention and Leadership Conference in Orlando, Fla., this summer.

“The voting body can vote for the slate, or make nominations from the floor. I am slated as one of three VPs of membership,” said Catron.

Vice presidents of membership are responsible for a variety of membership duties within the organization. Duties include “strategic planning and implementation of alumnae and collegiate membership objectives, related to the districts assigned and any other duties as assigned,” according to Catron.

She said the position would include some travel to district-day events and to new chapters as they are installed.

Catron has been a member of the organization since 1982. She was initiated into the Alpha Chapter at Longwood University and served as membership advisor at the university for 13 years.

“I was the district meeting coordinator for about five years and I have been a recruitment and placement specialist for the volunteer management team for approximately five years,” she said.  “I was the convention project team leader for the 2014 convention and I am in the same position for this year’s convention.”

According to Alpha Sigma Alpha, its mission is to promote high ideals and standard for all members through sisterhood, heritage, leadership and service.