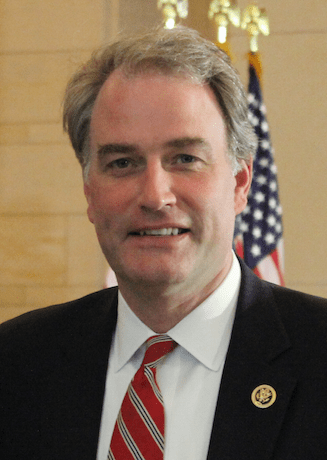 U.S. Rep. Robert Hurt won’t seek re-election at the end of his term in Congress.

In a statement Wednesday, the Republican, who has served for five years in the U.S. House of Representatives, said, “I look forward to returning to private life at the conclusion of my current term and declare that I will not seek re-election to Congress next year.”

Hurt, who graduated from Hampden-Sydney College, didn’t offer a specific reason for his departure from Congress.

Hurt previously served on the Chatham Town Council and in the Virginia General Assembly in both the House and Senate before running for Congress.

“When I think back on my first run for public office, I never envisioned making this a career,” he said. “I ran because I believed then as I do now that every citizen should contribute in his or her own way to ensure a vibrant representative democracy. But I also believed then as I do now that it is not our elected leaders who make our country great, but it is, rather, the private citizen and the private economy that make this country great.”

“I appreciate Congressman Hurt’s service to the people of Virginia,” said Diana Shores, the chair of the Cumberland County Republican Party. “Our country is facing many challenges and we need a strong leader representing the people of Virginia’s Fifth Congressional District. We look forward to searching out a future candidate that will adhere to our Constitutional principles and our Republican Creed.”

“As we approach the New Year, I look forward to continuing to serve the people of the Fifth District in Washington with the same level of representation that they have come to expect from our office,” Hurt said in a statement.

“Hurt has been a strong voice in Washington for his constituents and we wish him well in the next phase of his life,” said National Republican Congressional Committee spokesman Chris Pack. “We fully expect to keep Virginia’s Fifth District in Republican control as voters continue to be fed up with the failed policies of Barack Obama, Hillary Clinton and Nancy Pelosi.”